The Black Moa is a charmable animal native to the Echovald Forest. 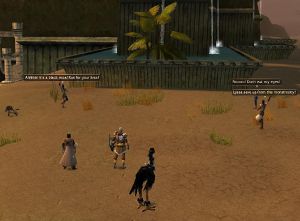