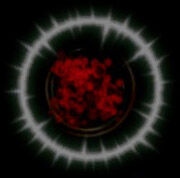 Blood Magic is a Necromancer secondary attribute, meaning that any character with Necromancer as their primary or secondary profession can put points into this attribute.

"No inherent effect. Many Necromancer skills, especially spells which damage and steal health from your foes, become more effective with higher Blood Magic."

Blood Magic, along with Death Magic, is one of the two major damage-dealing lines of Necromancer skills. However, instead of focusing on utilizing corpses in various ways, this attribute is all about healing yourself and your allies, or sacrificing health to hurt your foes. This combination of alternately sacrificing health and stealing health is what makes Blood Magic such an interesting attribute.

The first use of Blood Magic is to heal yourself and your allies—note that healing in this case means both your health and your energy, as Blood Magic has skills to heal both. Life Siphon and Life Transfer both offer health regeneration, while the same amount of degeneration is applied to an enemy. When this health regeneration is combined with the spike healing from skills like Vampiric Gaze and Vampiric Touch, both of which steal health from your foes, enemies may find it difficult to kill you. For energy regeneration, Blood Ritual, Blood is Power, and Well of Power can be used, though Blood Ritual and Blood is Power only work on your allies, not yourself. Combined with Soul Reaping, Necromancers are often able to replenish energy faster than they can spend it.

Blood Magic is also very good at dealing damage to your foes, usually by sacrificing health or stealing it from enemies. Dark Pact and Touch of Agony both sacrifice health to deal unblockable shadow damage to foes, while Shadow Strike and Unholy Feast both steal health from foes, healing you and damaging them.

Blood Magic can conceivably be used on its own, due to its combination of healing and damaging skills. However, many skills are clearly meant to be used in tandem with skills from other Necromancer attributes. Awaken the Blood gives the caster +2 to both Blood Magic and Curses; Dark Bond redirects damage dealt to you to one of your minions, which can only be summoned through Death Magic skills.