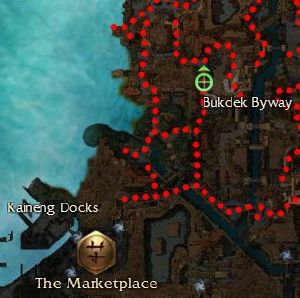 Bryan apparently fled for Cantha with his family when the Charr invaded Ascalon. When the plague struck Cantha, he lost his wife and children. His greatest desire now is to return to Ascalon.

In Wintersday 2005, Bryan expected something extra special under his tree.

"Everyone gets gifts for Wintersday. It's tradition. This year, I'm hoping for something extra special..."

"My life is one disaster after another; first the Charr in Ascalon, then the plague here in Cantha."