From GuildWiki
(Redirected from Coke Item)
Jump to: navigation, search

The so-called Coke items are special items exclusive to the Korean version of Guild Wars. The only way to get them was to win them in a promotional offer by Coca Cola in exchange for points from the sale of Coke cans. This promotional offer was limited to Korea.

Coke items are similar to the Pre-Order items or the Collector's Edition items in that they come customized "out of the box" and can not be traded or transferred between accounts in any way.

The Coke items are shown in this image: 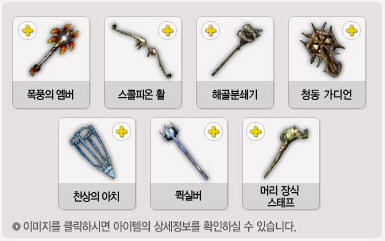 These items stats are almost identical to those in the Game of the Year account upgrade.

ArenaNet's Community Relations Manager Gaile Gray commented about the Coke Items in this thread on the GWOnline.net forums: