You are disguised as a corsair. 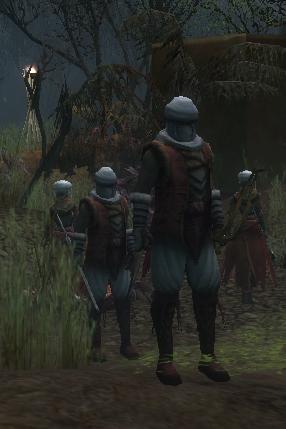 Players under the Corsair effect

This is a passive effect applied to characters during the Blacktide Den mission, after killing Ironfist's Envoy. While under the effects of this disguise, the character looks like a Corsair of the appropriate gender. This also affects henchmen and human heroes (Zhed Shadowhoof, Pyre Fierceshot, Vekk and Ogden Stonehealer are unaffected).