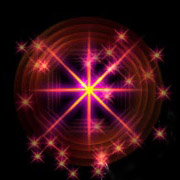 The Critical Strikes attribute reflects an Assassin's skill with critical hitting and energy gain. This is a primary attribute and may not be used by secondary assassins.

Critical Strikes is an important attribute to an Assassin, both offensively and defensively. Several Assassin skills only act when a critical strike is struck, such as Way of Perfection. Critical Strikes allow an Assassin to strike down an enemy caster quickly, so that a swift return to safety is possible.

It is not possible for players to get more than 19 ranks of the Critical Strikes attribute; however, some monsters may have higher values.