Dalada Uplands is an explorable area in the Charr Homelands. Its geography can be more-or-less divided into three parts, a forest in the north, an extremely open plain in the west, and steep hills in the southeast, possibly the beginning of the same system as Sacnoth Valley in the south. To the southwest of the Uplands is a lake containing what many believe to be the Dragon Kralkatorrik. 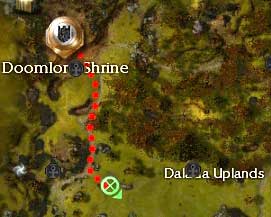 Location of the Siege Devourer 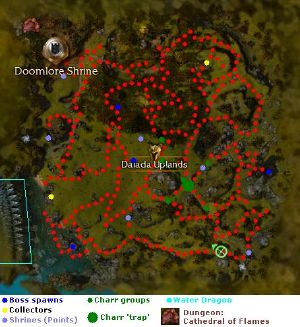