Darkrime Delves is a 3 level dungeon in the Far Shiverpeaks. It is located at the northern edge of the Bjora Marches. To fully explore this dungeon you have to take the quest The Misanthropic Jotun Principle from Einarr Frostcleft. 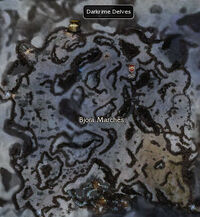 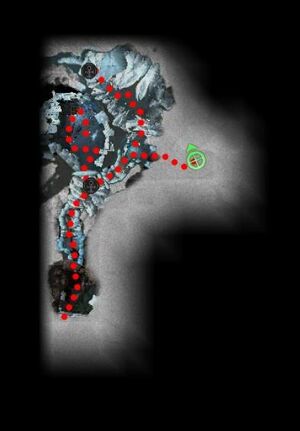 The secret area on level 3