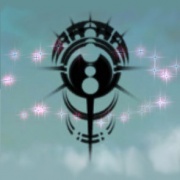 The Deadly Arts attribute reflects an Assassin's skill when using hexes and magic. This is not a primary attribute and may be used by secondary assassins.

Deadly Arts generally includes skills that are designed to make opponents more vulnerable to your attacks. It encompasses most Assassin Hexes, as well as all the Assassin dagger-throwing skills (Such as Dancing Daggers and Crippling Dagger). Note that dagger throwing skills do not require Daggers to be equipped.

One usage of Deadly Arts is to snare, cripple and prevent a target from escaping. Crippling Dagger, Mantis Touch and Siphon Speed are examples of skills that slow down an enemy, allowing the Assassin to catch up and deal a killing blow. Alternatively, Dark Prison and Shadow Prison allow the Assassin to shadow step to a foe while preventing the target from escaping simultaneously. Scorpion Wire, Enduring Toxin and Shameful Fear all punish a running target trying to escape the Assassin.

Deadly Arts also allows the Assassin to prevent a target from being able to defend itself, or from being able to recover from a potentially fatal attack chain. Expose Defenses prevents a foe from blocking your attacks, defenses commonly employed by Rangers and Protection Monks. Expunge Enchantments, Mark of Death and Mark of Insecurity prevent or reduce the effectiveness of defensive Stances, Enchantments or healing Spells, many of which are designed to mitigate the effects of a damage/Condition spike.

Finally, many Deadly Arts skills deal direct damage and inflict Conditions without the usage of a pair of Daggers. Signet of Shadows and Signet of Toxic Shock both deal hefty damage to foes suffering from Blindness and Poison, respectively. Impale is a skill that may be used as a last-minute spike right after a Dual Attack has been performed to hasten a foe's demise. Entangling Asp is capable of poisoning a target without the unorthodox chain requirements of Falling Spider or Black Spider Strike.

Also included are skills that augment the Assassin's own abilities, occasionally also debilitating a foe at the same time. The Elite skills Way of the Empty Palm and Siphon Strength both augment an Assassin's attacks by removing Energy cost or increasing the Critical hit probability, respectively. Siphon Strength also has the added bonus of reducing a target's attack damage considerably. Deadly Paradox reduces the activation and recharge times of all Assassin skills, but disables all attack skills - this, however, can extend the usefulness of various Deadly Arts and Shadow Arts skills.