Deldrimor Bowl is an explorable area in the Northern Shiverpeaks. It is defined by two large mountains located more or less in the middle of it, and the low-lying paths between them. At a few points, these paths open up into large, fairly open areas that appear to be villages. The Centaurs that roam this region, often with multiple healers in one group, making it a difficult place to fight through.

These monsters will only spawn when a specific quest is active. 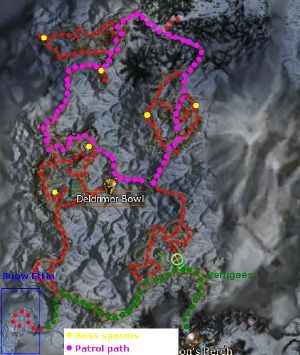