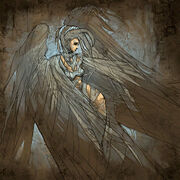 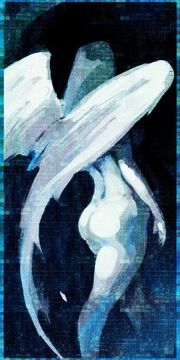 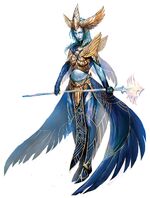 Dervish as Avatar of Dwayna

Dwayna is the goddess of life and air. She is the patroness goddess of Monks (particularly Healing Monks), Aeromancers and Leadership and Motivation Paragons, and is considered the leader of the old gods. Several Monk healing spells are named after Dwayna.

While the world holds the Favor of the Gods you can summon the avatar of Dwayna and speak to her to get the following quests (details within each quest):

This inscription can be found on the Statue of Dwayna:

Although some believe this to be a description of the meeting between King Doric and the Gods of Tyria, the date on the scriptures contradicts this, and may be referring to a separate Doric and a separate encounter with Dwayna. (See note below)

(Note: It is an unsolved mystery why the inscription is dated "115 BE" when the described event happened about 115 years later, just before the Exodus of the Gods.)

Dwayna is depicted in her statues as a tall winged woman. Her statue has several disconnected components. If the world has favor, the pieces are held in place in midair to form her statue. When the world doesn't have favor, the pieces of her statue lie strewn on the pedestal. In Elona, in Gandara, the Moon Fortress, Dwayna appears as an angelic woman with long hair, with her back to the painting and apparently nude.