Gavel of the Nephilim

Gavels of the Nephilim are a small type of hammer that deal blunt damage. They drop only in the Factions Elite Missions. The head of the hammer and butt of the hammer appear to be made of chunks of jade. The head is wrapped with many chains, some which hang off and move and sway as the hammer is moved. Between the head and the haft is a figure who appears to hold the head in place.

The grip can be colored. Its default dye is brown. 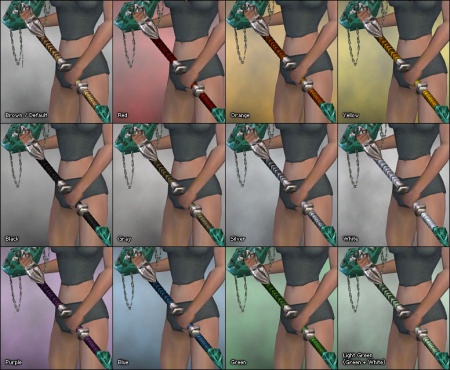