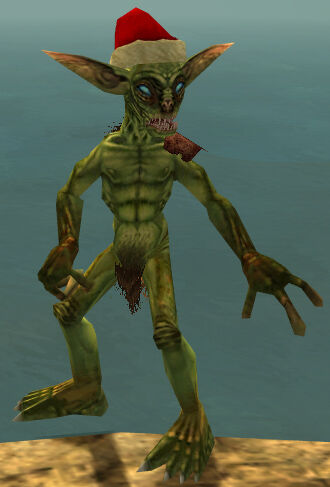 Grentches are mischievous little creatures that serve Grenth in his bid to spoil the joy and spirit of giving on Wintersday. They resemble little green imps and find great joy in destroying gifts and presents before they make it to little children.

All Grentches can be found in The Underworld during the Wintersday quest You're a Mean One, Mr. Grenth. The Grentch itself appears in other quests and as NPC in towns.