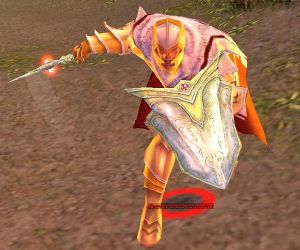 Greves the Overbearing, as a boss

Greves the Overbearing is a warrior boss in the White Mantle who appears in The Black Curtain during the War in Kryta.

He also sometimes appears directly outside the Temple of the Ages with 3 Peacekeeper Enforcers in an attempt to root out "spies" hiding inside the temple.