The Halloween 2008 event runs from Friday, October 24th through Sunday, November 2nd, 2008. It includes the return of Halloween collectors, the redecoration of Lion's Arch, Kamadan, Tomb of the Primeval Kings, and Droknar's Forge, and the return of Mad King Thorn who once again will terrorize the populace with 'hilarious' jokes while at the same time rewarding them with special holiday treats. This event is similar to the past events of Halloween 2005, Halloween 2006 and Halloween 2007. He'll be making many appearances so be sure to get one of the special hats!

All events are now over.

This year's mask in Lion's Arch is Zombie Face Paint; its Kamadan counterpart is the Lupine Mask. 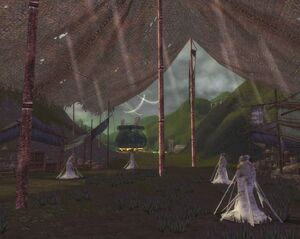 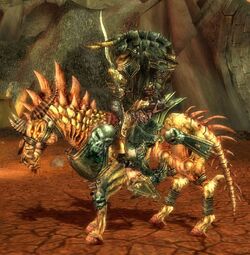 Although they collect different items, all of the Horseman Collectors offer the same rewards, except for Transmogrifier Tonic.