From GuildWiki
(Redirected from Hard Mode)
Jump to: navigation, search

Hard mode is a game mode that presents each mission and explorable area on a harder difficulty. A player must complete a campaign on normal mode before they can play it on hard mode. Hard mode exists for all PvE game content except for pre-Searing Ascalon, Monastery Overlook, Lion's Gate, and the Island of Shehkah.

Completing missions (with all bonus objectives) contributes to the Guardian title track. A player who completes all the missions of a campaign on hard mode is awarded the "Guardian of <continent>" title, where <continent> is one of Tyria, Cantha, or Elona, depending upon the campaign.

Completely clearing explorable areas of all hostile creatures contributes to the Vanquisher title track. If all members of a party are at 60% death penalty and the party is wiped, they are returned to the last visited outpost instead of being resurrected at the nearest activated shrine.

To access hard mode, a player must first complete the final mission of a campaign normally. As long as one character on an account has completed a campaign, all level 20 characters on that account will gain access to hard mode for that campaign. You will retain the ability to access Hard mode even if you delete the character that had completed the campaign. Hard mode is toggled by two buttons above the party display in an outpost; the Normal Mode button is standard mission emblem, and the Hard Mode button is a stylized red helm.

In order to unlock hard mode for a given campaign, a player must log in at least once with a character who has completed that campaign in normal mode. Characters that had completed a campaign but no longer existed upon the release of hard mode do not grant access to hard mode. 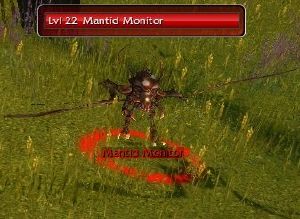 All hostile monsters in missions and explorable areas are significantly harder in hard mode.

Quests can be completed in Hard mode, however any creatures or bosses spawned by the quest will be of a level appropriate to Hard mode, and not their normal (lower) level.

Drops from all areas correspond to a level 20 party, including max damage weapons and high quality upgrades (except from bosses). Both rare and uncommon items (including rare crafting materials) drop more often in hard mode. However, area- or monster-specific loot, like Globs of Ectoplasm, still only drop where they do in normal mode.

There are certain items which only drop in hard mode:

All bounties are available in hard mode, even if the "cut-off" point is already reached in normal mode. This allows players to reach the maximum tier for the Lightbringer and Sunspear rank title. The bounty mechanics are somewhat different in hard mode, with an additional bonus for killing bosses, but no double XP. Also, Kurzick and Luxon blessings offer double faction in hard mode. For further details see: Bounty. Also in Eye of the North, Double reputation points are given for level one bounties in Hard mode.