Kobach the Ferocious is one of the many Norn hunters in the Far Shiverpeaks that are waiting near resurrection shrines, granting the Norn Hunting Party blessing to players after they have impressed him in battle once. 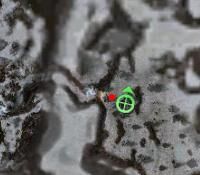 Before the party has defeated him:

"Impress me in battle, then we talk!"

After you have defeated him and you are not yet under Norn Hunting Party:

"Never before have I had such a glorious hunt. The land is overrun with creatures! You must be here for the fighting as well. Come, show us your mettle, and we will share the spoils."

After you are under Norn Hunting Party:

"I'm weary, traveler. Get started, or get out of my way."