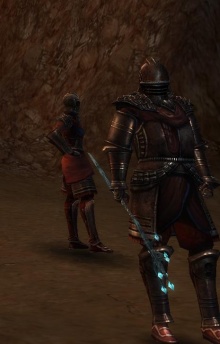 This is a passive effect applied to characters for the first half of the Pogahn Passage mission. While under this effect, the character looks like a Kournan of the appropriate gender. This also affects all henchmen and heroes except for Zhed (other non-human heroes will look like a male Kournan).