From GuildWiki
(Redirected from Nightfall Campaign)
Jump to: navigation, search 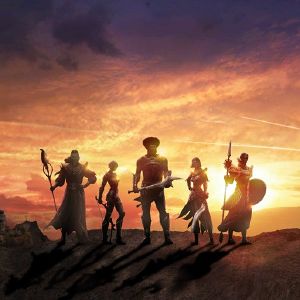 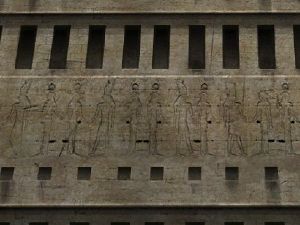 An Ancient Egyptian motif on a wall in Kamadan

The Nightfall campaign uses a North-African theme, with landscape, architecture, art, and creatures inspired by Africa/Arabia as well as ancient Egypt, Rome, Greece, and other historic cultures of the North-African/Arab/Mediterranean (Maghreb) region including the African civilization of Kush and Ancient Egypt for character designs since they too were of Indigenous African Origin.

From the Press Release on the Prerelease Bonus Pack:

Guild Wars Nightfall takes place on the continent of Elona, Land of the Golden Sun. [...] In Guild Wars Nightfall, Elona has fallen under the shadow of an evil, outcast god. Against the encroaching desolation of an infernal realm, the people of Elona will need more than a hero to save them, they will need a hero to lead them ... for nightfall is at hand.

The events of Guild Wars Nightfall take place in 1275 DR, which is 3 years after the twin events of Lich Lord opening the Door of Komalie and Shiro Tagachi bringing the plague to Cantha.

From Press Release August 24,2006: "Guild Wars Nightfall introduces new customizable Heroes who level up, follow player instructions in combat, and use skills and equipment of the player's choosing. [...] And for the ultimate one-on-one challenge, competitive players can choose to enter the new Hero vs. Hero Battles, where they group with a custom team of Heroes and fight against other players from around the world and their customized groups of Heroes.

The following features were made available in a major update which was released on December 1st 2006:

The following features were made available in the Wintersday 2006 update which was released on December 20th 2006:

(Links are in reverse chronological order of release)

From other sites[edit | edit source]