A large, ornate, reflective and angular sword with a rectangular hole in the center. The handle appears to be wooden, and the blade appears to be decorated with a symbolic pattern near its guard as well as at its "point." They, like the Steel Broadswords, are distinguished from most swords by not tapering to a point at their tips but rather, ending in a straight edge.

Dye effects the handle and the etchings on the blade. The rest of the blade dyes lighter or darker depending on the dye used. Only when dyed black or white does the sword changes completely to the dye color. It appears to be dyed yellow by default. 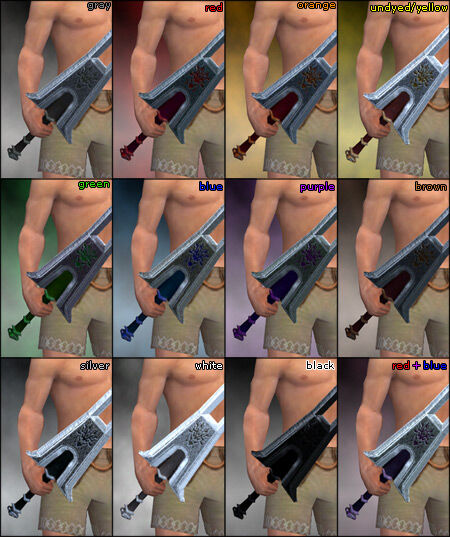