Primeval King Jahnus is one of the long-dead kings of the dynasties of old. Unlike the other kings, Jahnus is found in The Shattered Ravines not the Tomb of the Primeval Kings. 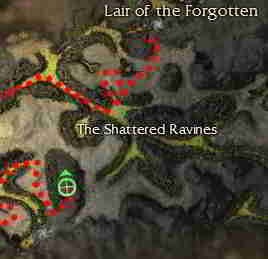 "You stand before a king, mortal creature! You will show respect if you wish to leave this meeting intact. The sound of my name makes the gods tremble from on high!

Show your allegiance and respect to King Jahnus and lend your assistance. A band of my former slaves are scheming my demise. I will not stand idle and await a second death. Will you lend me aid, (character name)?"