From GuildWiki
(Redirected from Prophecies)
Jump to: navigation, search

This glossary entry is a stub. You can help by adding to it according to the style guide. 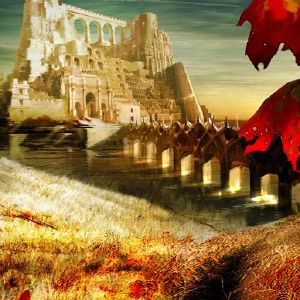 Guild Wars Prophecies was globally released on April 28, 2005 as ArenaNet's first campaign in the Guild Wars world. It is also commonly referred to as Chapter One, Campaign One, and while not initially was later to also be known as Prophecies Campaign, or just Prophecies.

Guild Wars Prophecies is a stand alone product and doesn't require players to own any other campaign. However, there is a high degree of interaction between campaigns if their respective retail keys are linked to a single account. Players who own multiple campaigns are able to take any PvE Prophecies characters that have reached Lion's Arch to Kaineng Center for access to Factions or Kamadan, Jewel of Istan for access to Nightfall. This process also works in reverse.

While the original campaign was simply titled Guild Wars, the title Prophecies was later added during the introduction of the Factions campaign to distinguish the two, the name chosen because the story of the first campaign loosely revolves around the Flameseeker Prophecies taking place on the continent of Tyria.

The following features were released with Guild Wars Prophecies: