A type of scythe which can be found in the Eye of the North expansion. Its blade is shaped like a raven's head. The head has a slightly iridescent sheen, as though it is inlaid with mother of pearl. 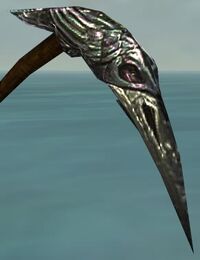 A view of the head of the Raven Scythe with the light producing a highlighting streak that passes through the eye.

Eye of the North expansion

The grip and the bill can be dyed, but only white dye appears to make a significant change. Otherwise, the resulting color is very dark - near black. 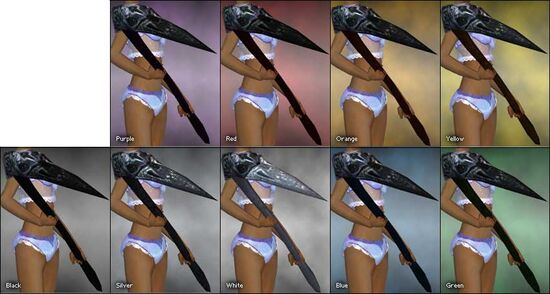