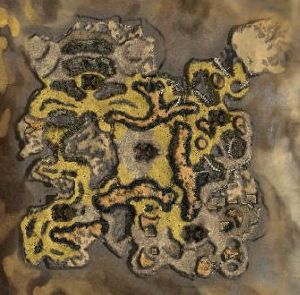 Challenge Mission. This is a solo challenge mission. The goal is to kill as many enemies as possible without dying with help from your friendly wurm. This mission is not timed, but you are constantly under the environmental effect Corrupted Lands and so have a health degeneration of 1. There are 5 different areas in this challenge. You start out in the center and have 4 locked doors to the other areas at the beginning. For every 15 points you earn you unlock a new section. The Maddened Spirits are invincible and will always deal 700 damage to you until you kill a Greater Infestation, which will give you the enchantment Spirit Form. This only lasts for a short period and allows you to kill the spirits. Lost Souls will spawn at random locations on the map.

The 4 types of enemies:

For every Maddened Spirit you kill after 60 points, you will have a random chance of acquiring an Ancient Armor Remnant.

Ancient Armor Remnants can be used to upgrade the visual appearance of hero armor to the hero version of the "Ancient Armor" look. (Note that the hero version looks different from the player version.) This upgrade is available for Tahlkora, Zhed Shadowhoof, Master of Whispers, Margrid the Sly and Razah.

Note the similarity of this challenge mission to the famous Pac-Man game: