Runic Blades are a type of Sword with a very long, narrow, straight and reflective blade covered with runes. It is shaped like typical classic swords with a straight guard and grip which form a cross with the blade. In size, it is comparable to a Fellblade and Long Sword.

Previously, this weapon could only be found from the Heroes Ascent reward chest as of the Friday January 19, 2007 update and was thus much sought-after. However, with the introduction of GW:EN, it can now be obtained from the reward chests of many dungeons and its rarity and price have dropped considerably.

Only the grip color is affected by dye. It is dyed red by default. 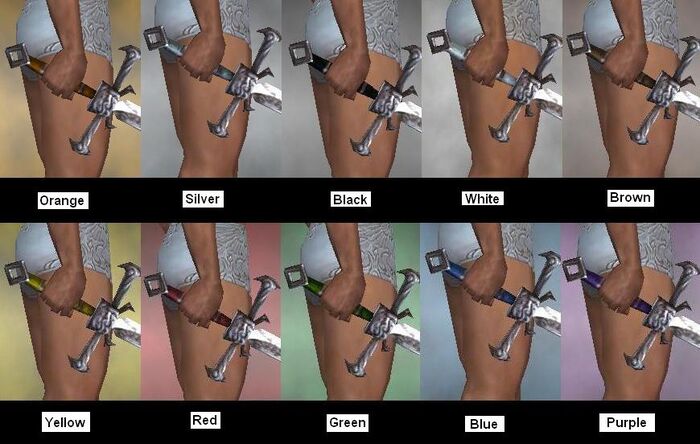 Unique weapons with this appearance: