Soul Reaping is the Necromancer primary attribute through which the character gains energy from the deaths of living creatures.

For each point of Soul Reaping, you gain 1 Energy whenever a non-Spirit creature near you dies. You may only gain Energy in this way 3 times every 15 seconds. 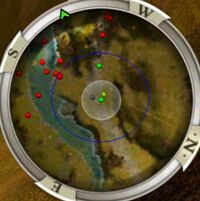 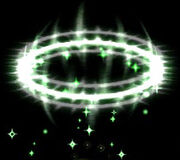 Soul Reaping provides Necromancers with one of the best tools in PvE for managing energy, since most areas provide an ample supply of souls to reap. Players have found that investing 8–10 points is sufficient for most builds. Soul Reaping is not very useful in areas without a high density of corpses to use, specifically PvE areas that have lots of elementals or ghostly creatures and small-group PvP.

There are a number of Necromancer builds that make use of Soul Reaping to provide energy to power secondary skills. These builds generally try to hit 15 points in the attribute (12 ranks invested through attribute points plus the use of a Superior Rune of Necromancy). This includes the Ne/Rt and Ne/Mo heroes from a Discordway team.

For each point in Soul Reaping, the caster gains 1 point of energy when a nearby creature dies.

Soul Reaping has fewer associated skills than any other attribute: a total of 9, including 3 elite (Prophecies-only characters will not have access to any skills in this attribute). Three Soul Reaping skills are related to energy management, three inflict direct damage, two inflict degeneration or delayed damage, and four relate to death, corpses, or low Health.