This article is about the creature type Spirit in the context of skill descriptions. For information on spirits of mortal creatures that have died, see Ghost.

Spirits are immobile, temporary creatures typically created by rituals. Their level and sometimes their natural lifetime depend upon the linked attribute of the ritual skill creating them. The creature name is derived from the ritual creating them, and is typically (but not always) of the form "Spirit of name of ritual".

Spirits have the following properties:

A popular way to dispatch of Spirits is by using area-of-effect spells such as Fire Storm or Chaos Storm as the Spirit cannot leave the strike zone without use of skills like Draw Spirit, or Summon Spirits (PvE only).

Note that a spirit's effect only has spirit range if the skill description says "its range".

A spirit's health, whether Ritualist or Ranger, can be determined by this equation: (50 + (Spirit Level * 20)) * (1 + Spawning Power * 0.04) The following is a chart containing the health of spirit depending on both its level and its creator's level in Spawning Power.

1The columns are the level of the spirit (which varies per each skill that creates a spirit), while the rows correspond to the character's rank in Spawning Power.

All spirits have 31 energy and an energy regeneration of 4 pips regardless of level. Skills and effects of spirits do not actually use any of the spirit's energy. 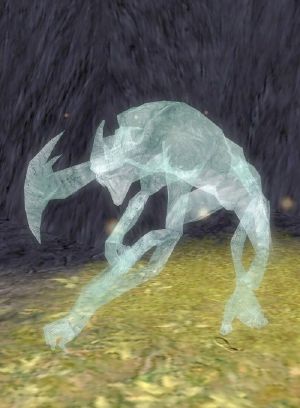 Spirits created by Nature Rituals (sometimes referred to as Nature Spirits) have the appearance of a diminutive Druid. They are totems that emit environmental enchantments affecting all creatures, allies and foes alike, with the pointed exception that they never affect other spirits. Thus it is often a good idea to place beneficial spirits far in the backline so most of the enemies are out of the effect range, to plan the team build to be minimally affected by any negative effects of the spirit, and to use beneficial ones against enemy builds that can't take advantage of the benefits.

Note that every Spirit created by a Nature Ritual faces to the East. 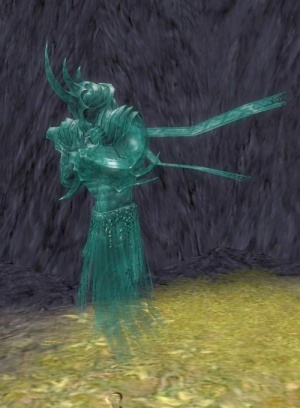 Spirits created by Binding Rituals (sometimes referred to as Binding Spirits) can additionally be classified into sub-types. 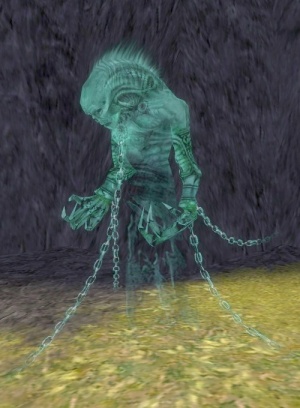 Attack Spirits resemble Banshees chained to the ground (see image at right). The spirit Life, even though it is a passive spirit, also uses this graphic (this is likely an error). Non-attacking Binding Spirits use a different graphic of a human-like form with its face covered and arms crossed (this graphic used to only be used for the Destruction spirit).

The following Spirits are encountered as monsters.

Note: The following descriptions are limited to effects in relation to spirits, which might not be the skills' full effect.