No testing necessary. If it doesn't state that it counts dead allies, it doesn't. If I remember right, the only skills doing that are IWAY and "Retreat!". --

Question: (I know, horribly long after every1 else has left) does this increase in damage include SPELL damage? Or does it, like most Damage Increasing skills, only increase the amount you deal when you attack? Also, does it count YOU if YOU are below 50% health? --69.143.6.8 21:30, 9 January 2008 (UTC)

Same with me! :] Plz put up a spoiler note someone. Axel

Actually it also similar to "By Moraddin's hammer!" which is a common dwarven phrase in DnD (since Moraddin is the generic dwarven god there...) edem 03:40, 8 September 2007 (CDT)

I've seen Galaxy Quest more often than I've played DnD, so I first thought of "By Grabthar's Hammer", and since there is already a Grabthar's_Hammer, that might be a more plausible inspiration. -Valkor the Confused 03:26, 16 February 2008 (UTC)

Considering the behavior of the shout and the fact that a *lot* of people have added the Galaxy quest thing, can we at least leave the possiblity in the trivia? -Valkor the Confused 04:32, 23 March 2008 (UTC)

Let's just leave it, it'll save us the revert wars.

Nope. A lot of people have vandalized Gaile Gray, but that doesn't mean we leave their changes in.

(resetting indentation) just thought i would mention that "by moradin's hammer" (with the quotation marks only came up with 112 results on google, while "by grabthar's hammer" came up with 12,900 results. i think it's safe to say that it's probably not a reference to "by moradin's hammer" simply because of obscurity, and since Grabthar's_Hammer is already in the game, it's something the developers are already aware of.--76.168.16.138 17:48, 1 August 2008 (UTC)

I'm going to have to go with "It's not a reference!" Because, that is so out of the way and slightly confusing. Besides, it's not that uncommon for someone to say something like that. We're talking about a bunch of videogame nerds here... You can trace that saying all the way back to the original Dungeons and Dragons books series. Dagotta 22:06, 15 January 2009 (UTC)

Is there any reason it wouldn't be true? Test it out yourself if you really think it would have changed for some reason.

... Kegs from Budger (62 dmg per Keg), Alkar's Concoction (125 dmg) and it even effects spells which are already casted. For example if you cast RoJ and cry out "By Ural's Hammer!" after the first two seconds, the damage for the last seconds will be increased. Possibly it's worth to mention in the notes - because kegs and for example Alkar's Concoction are an alternative way of dealing damage. Kaede 19:15, 16 January 2011 (UTC) 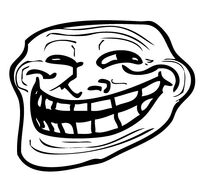 Anet: in ur skillz killin ur OP farming builds. U mad gimmick abusers? --

Quick someone find a picture of the Live Team and replace their faces with the trollface! Jink 15:57, 18 February 2011 (UTC)

Problem, and I hope they fix it soon: resses spirits, allowing multiple copies to be right next to each other. Alliance chat is swarming with UW solo farmers atm. --

So the ressed spirits deal 0 dmg, but with spirit leech aura and painful bond, they're still devastating. --

The speed at which this bug exploit became part of standard solo/team builds was impressive. (And kudos to ANet for fixing it sooner rather than later.)  — Tennessee Ernie Ford (TEF) 19:38, 18 February 2011 (UTC)