Is it just me or is this too conditional. The most deadly condition, blind, can't be removed this way in a reasonable time...--Life Infusion 20:55, 28 September 2006 (CDT)

I could find a use for this with my critical ranger, just in case he got into a sticky situation. Assassinman 02:01, 29 September 2006 (CDT)

A critical barrage uses Critical Eye to activate enchanted bonuse. it has no cast time and increases critical chance.--Coloneh

oops. i could swear critical eye was an enchantment but still (imo) sharpen daggers would be a better choice for your purpose.--Coloneh

Despite the wording of this skill's description, you actually have to land the attack skill for the condition to be removed. Added a note about this on the page. FlameoutAlchemist 01:58, 2 February 2007 (CST)

Ive noticed 2 things about this skill: 1) Duel attacks trigger this twice so 2 conditions are removed. 2) If you renew the enchantment before it ends it does not reset the number of attack skills that remove conditions. 81.79.1.33 16:32, 3 April 2007 (CDT)

That's interesting and raises the question, does a dual attack count as 2 skills being used as well as 2 attacks?

Armor of Sanctity + Viel of Thorns vs this skill[edit source]

If i was to do a combo vs a dervish with those above skills on would he have the dmg reduction or would my skill remove it before armor of sanctity activates? The Gates Assassin 18:35, 24 May 2007 (CDT)

Just checked it yesterday, This skill removes the condition before the reduction and actually it doesn't even seem to take effect. Im going to test it again tonight with fragility on me. 216.20.1.212 09:37, 25 May 2007 (CDT)

I'm not sure if the ambiguous usage of the word "use" really meaning "hit with" constitutes a bug, as I'm pretty sure this skill does what it's supposed to do. I'd suggest a notes section instead of a bug report, or at least moving the bug report to somewhere less obnoxious. DancingZombies

Obviously, you USE an attack skill each time you hit the key (or click the symbol in the toolbar) and it does not get interrupted. However, you cann miss a target, it can dodge or whatever - there is definitely a huge difference between "use" in the description and "succeed", which actually is meant. --213.61.90.246 06:41, 17 July 2007 (CDT)

Wearying Spear and Wearying Strike both cause weakness when used and are attack skills. Could it be that this skill will remove the condition as soon as it's applied? I don't have this skill or I'd try it out myself. It could be a very nice and easy way of using these skills without an Avatar of Melandru or excessive equipment that reduces weakness duration. In fact, I think it'll be my next purchased skill if I don't see any answers on here by the next time I play. --

No, i tested this and remained suffering from weakness when i used wearying strike. Also, when i used another attack skill the damage from the attack was reduced by weakness before it was removed 84.64.137.180

What the hell are u saying? I use wearying strike and hit for 100, then i use another skill and i still hit for 100, so the weakness IS removed. 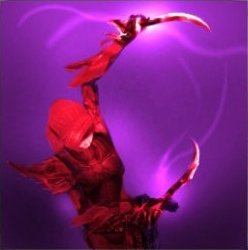 The note technically says that, however I'll make it more specific.--

The anon is right. It activaes whenever you use an attack skill, be it in order or not. ---

More unfortunate news about this skill is its unfortunate propery of renewing a condition on every attack if the condition is being applied "on attack." Mostly, I was having trouble with the Stone_Scale_Kirin and their ability to apply disease with Tainted_Flesh.

Don't feel bad, the refresh would have happened even without this skill.--

Just hope you don't have fragility on...