I don't know enough about wiki/image editing to do this, but pics for male 5k assassin are available for someone who does here: http://216.253.231.43/5ksin.zip - it has all the images on the prior page, but larger, and front & back dyed red.\

It's the best looking armor for the assassin in my opinion. It costs a bit more, but it is worth it..

I dunno. I think this armor looks gimmicky and unrealistic, and that's in addition to its psychotic price tag. Definitely -not- worth it, IMO.

Can someone make better screenshots, using a light background and better lighting? these ones are so dark, one can barely see the armour.

Holy shit is this going to be expensive... with rubies and sapphires running 7.5plat each, and this armor requiring... 16 of those, just the cost of the gems and base armor crafting fee hits 265plat. I wish I had that kinda money! And that's only if you want one mask... if you want all four, you're looking at another 105plat... all not including the Tanned Hides/Elonian Leather! -Greven 13:25, 5 January 2007 (CST)

quest rewards in vabbi give trade contracts 7 of these and you got yourself a ruby you can probably get about 3 rubys on one character (i havnt actually checked properly) but not quite that bad if you have multiple characters in vabbi.

Hopefully at some point soon I'll be able to afford this armor for my male assassin... the armor art pics need to be re-done I believe, if you look at the current ones the headgear is actually Shing Jea headgear. I'll get the complete Vabbian art style soon enough, I hope. {Jioruji Derako} 15:26, 25 February 2007 (CST)

Thanks for catching that. I've uploaded new images and attempted to follow the Style and formating guide. If This set isn't up to people's expectations, please leave a note here if you would be willing to take screens and repost.

Nope, looks perfect to me. That saves me some work too, as I don't know how long it'll take to afford the armor for myself. When I get mine, I'll just upload an extra set for the colored section (I'm planning to dye mine green anyway). --

Imo the Male armor is subpar compared to the Female armor art. The patters end abrubtly and in odd places on the male armor. I'm thinking that the Vabbian Gloves + Boots and 15k Canthan Guise and Leggings would look really good together. 68.10.150.114 17:01, 28 March 2007 (CDT)

I'm getting this for my lvl 13 assasin, look at the talk section on The Kodash Bazaar. Should I put a screenshot of it up in the GW humor section? :P

Except I'm sure you have had help, just as people getting ran to the end of Prophecies had help. And even if you haven't, the henchmen could kill their way there without you, so again, who cares? --DEATHWING 17:28, 14 May 2007 (CDT)

I don't think anyone dares to try lol. But if you ask me, there's no way they would. You'd probably get tanned hides or cloth or whatever. But I don't see why you'd want to know, seeing as how to get this armor, you'd need rubies and sapphires in the first place -Wang 09:27, 23 October 2007 (UTC)

I have seen pictures of people salvaging Obsidian armor and getting a FEW ectos back from it but its nowhere near what they put into each piece. I would guess that the same goes for this armor. You MAY get some gems back, but it certanly won't be enough to justify doing it IMO. Bartelby 20:07, 29 October 2007 (UTC)

I salvaged a full set of this, I only got 2 rubies in return...i never used that derv anyway.

If a male dye's the armour red, he looks like spider man.

Lol, this is what one of my friends said while on her brother's MSN account...and i agree with them xD

Spandex is a privilege, not a right.

What I love about this armor (for women)[edit source]

I love this armor because its not school-girly or skanky... Why is it that male sins got all the good-looking armor, but women got shirked... Like some of the crap for female ele's. I understand sex sells, but damn. Thats why I'm happy ANet gave us this armor for sins, and why I'm going to work my ass off to get it for my female sin. ^_^ Råvŷńǒǔ§Hǔń†ëř :: Talk 21:43, 24 March 2008 (UTC)

Yeh, it's on of my favorite 'Sin armors... both male and female. Lots of awesome blades, but not so many that it looks stupidly hard to walk in. And not overly flashy either, while still looking really great.
If only regular players could get Zenmai's version of this armor though, the two extra blades on the back are just awesome... --

I really don't get how you can think Norn, Elite Kurz, and Obsidian are skanky. And the exotic armors have more skin showing on the male version than the female, unfortunately.--DNA 16:16, 30 March 2008 (UTC)

I didn't say that they were. I was merely stating that this is one of the better sets of female sin armor. I like this because its what I'd expect of an actual assassin, especially if dyed black. Case in point.

I like showing skin...Lost-Blue 22:40, 6 April 2008 (UTC)
Well nuts to you, buddy! The fact of the matter is, I don't. I prefer my "ninja chick" to look like an actual ninja instead of a Japanese schoolgirl. Also, the butch pic for Female Sin Exotic armor really doesn't help that set very much, lol.

Anyone got a pic of this armor with the Mask of the Mo Zing? For some reason i think it would look awsome. I'm planning on getting this- a lot of saving required. Well, for me anyway.

no idea how old this message is so whatever. i have a screenie of MALE vabbian with mask. 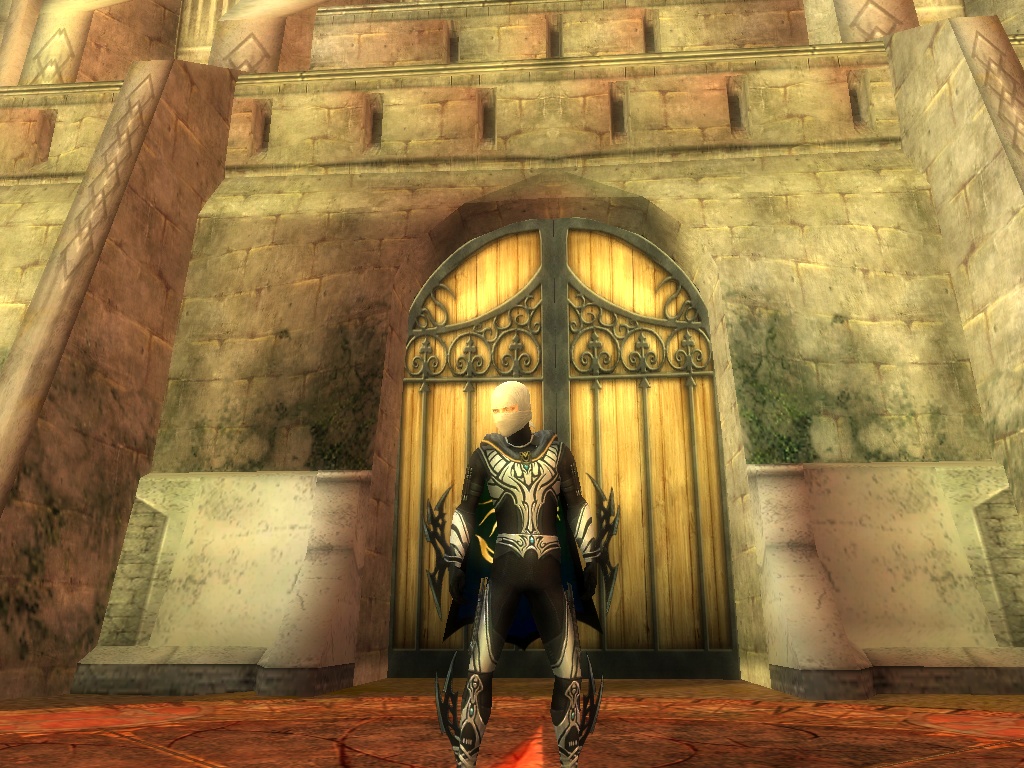