Interestingly enough, viewed from a military perspective, Beacon's Perch (and the immediate surrounding area) is the key to Tyria. I was coming up with a story of Tyria in the Guild Wars, and where the fighting might have been. It controls all trade from Ascalon headed to Kryta, it serves as a choke point for the North-South pass in the Shiverpeaks, and can block Kryta's access to the Shiverpeaks. Call me weird, but thats just an observation. Urock 01:00, 6 June 2007 (CDT)

My favourite outpost :) —The preceding unsigned comment was added by Twan4188 (contribs) .

Why should they sell bacon? --Ab.Er.Rant

seriously, what the hell is this tree doing here? 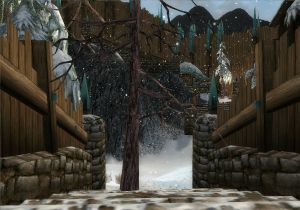