Missing green for this one, Sseer's staff prehaps? — Skuld

Was in Raisu palace doing mission normal mode and noticed it said monk... 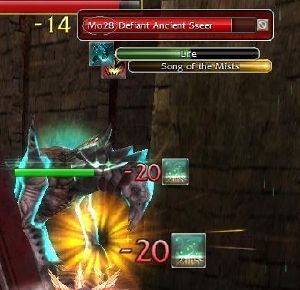 Are you sure that's not your language for 'level'? I'm surprised that a foe in PvE would even have a profession listed on their health bar. --Kale Ironfist 03:56, 11 July 2007 (CDT)

Observe the fact that the skill names are all in English. Meaning the language set IS English. It is surprising, though, but I would feel better if someone confirmed it --Gimmethegepgun 16:21, 11 July 2007 (CDT)