-Surely the most northerly part, where the Charr come from, of the Great Northern Wall mission should be included as a normally accessible "end of the world". The only oddity is that your time there is strictly limited by the mission timer. Another used to be the southern portal of Aurora Glade into Ettin's Back, but that has since been fixed (I think by the addition of a strategically placed bush!) :-( Thalestis 12:51, 29 May 2009 (UTC)

Here's a screenshot for you. 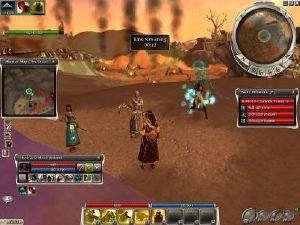 And another one! The Area boundary article mentioned another when hugging the left wall when going through the northern portal of The Black Curtain into Cursed Lands. Sure enough, here's the screenshot. 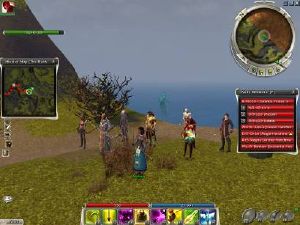 ...I'll add that in a bit. I mean, it's not like I'm the one who added that to that article after someone else discovered it or anything. Nope. Not me. I'm not that forgetful, really. >.>
But yeah, might be more. That's still an ongoing project, so more edits are likely. I only hope there aren't more we already know about. (I think I've kept up with the other discoveries so far, but I'm probably wrong.) Nwash 13:42, 29 May 2009 (UTC)

Perhaps you didn't get close enough. I just checked again, and shadow stepping across that portal works. Nwash 11:55, 31 May 2009 (UTC)

Posts like this are better on the Portal jumping project's talk page. But yes, this shadow step works fine, try positioning yourself closer to the portal, or near the sides. --Yuki 10:40, 4 July 2009 (UTC)

I have not been able to see the end of the world from Mineral Springs. Does anyone have more complete directions? The north part of the central river is well blocked. Thanks!   — Tennessee Ernie Ford (TEF) 05:30, December 27, 2009 (UTC)

I don't recall seeing one there either, and one of my characters is a Grandmaster Tyrian Cartographer, so I scraped there. I don't even recall seeing one on the compass. I guess I'll remove it until there is some kind of confirmation. Nwash

I once managed to get an End of the World at the portal from Lakeside County to Regent Valley in Pre-Searing Ascalon with my Ranger. I had some screenshots, but I've lost them since. I assume I got past the portal due to my slow internets. --Darrenjaguar 10:36, December 27, 2009 (UTC)

Yeah, others have reported occasionally getting past portals due to lag. It might not be possible with all portals; some to seem to have much larger trigger areas. It probably isn't worth documenting the specific cases, but I suppose it's worth adding a note that this can happen. Nwash

Lagging past a portal probably lets you see the same thing that you would by shadow-stepping through it. Of course, there's no way to do that in Pre-Searing, so... —Dr Ishmael

Well, yes, I can't see any reason why there would be a difference. The only way there could be is if the game loaded terrain differently in each case. I guess there's no reason not to add pre-Searing ends of the world to this article. They just have to be added in a different section since lag appears to be the only way to avoid triggering portals in pre-Searing. (And I have no doubt of the above information anyway; Lakeside County and Regent Valley together would be larger than any single terrain resource I've seen in my portal jumping, so if you get past the portal, there should be an end of the world there.) Nwash

← Moved from Talk:Area boundary/Portal jumping project#Remove_the_"End"_column?
In fact, I've started debating the merits of restructuring this page and eliminating most of the specific examples. It might be best to change that section to thumnbnails of screenshots for maybe five to ten, maybe with an emphasis on trying to show some of the weirder looking ones. Previously, I was following a concept of documenting completely, even if there didn't seem to be general interest, but I was less familiar with the overall community consensus back then. (Slightly edited to reflect where this comment is now.) Nwash

If EoW's are really that common with portal jumping, the the article should only make specific note of the ones you can find without this exploit. —Dr Ishmael

I'd say off-hand that about 60-70 percent do. I agree that all end of the world reachable by other means should be included, but I think that's only four. I don't believe there's any harm in including a couple more, provided they're unique in some way. (Like the Regent Valley one that has a lot of floating terrain out past the EotW, and perhaps the one [from Fisherman's Haven, I think] where the EotW is water. There's maybe one or two more with a peculiar anomaly like that, but I can't recall right now.) Nwash

I support Nwash's suggestion: all EotW's reachable without portal jumping, any portal jumped EotW that is unique/special, and perhaps at least one that is not (for comparison).  — Tennessee Ernie Ford (TEF) 16:49, 9 April 2011 (UTC)

Ended up with twelve screenshots on the page showing the ones reachable by normal means, covering the unusual ends of the world I know of, and showing the types of glitches I've seen there. I wasn't able to reproduce some glitches I've seen before; I can only assume that it has something to do with graphic settings or the video card in the older computer I was using. Currently, I'm using maximum settings. I doubt I'll get ambitious enough to experiment with the settings, though.
Also made a judgment call on File:EoTwTBC.jpg. I ended up taking a shot from nearly the exact same angle, but with only one character in view. I also had the interface hidden in my shot. Anyone think we should go back to the one that shows the map, or is the better view of the EotW the better choice? Nwash