looks handy for a flag runner in gvg, that is, if you dont have a flag...

Usualy flag runner regen energy while he run with flag. And also, almost all 'hold' skills are usless for runner. Master of shadows 15:45, 3 August 2007 (CDT)

At 15 spawning nets 10 energy every 22 seconds. Pretty poor and in a generally pretty poor attribute line. Duration is also too short, and casting time too long, to be a very effective pot for meeting the conditional effects of skills like wielder's boon. Nevertheless the only non-elite straight energy management for a rt except essence strike and spirit siphon, which are both in channeling and require a spirit. Could use a buff and a little flavour imo. Phool 22:50, 7 August 2007 (CDT)

Weilder's Boon gives bonuses on weapon spells. This is an item spell, so it'll only effect these skills. (Maybe I'm missing something here.) Yeah, it either needs to last longer, cost less, or cast faster before anyone will use it. Zaboomafoo 10:12, 8 August 2007 (CDT)

Non-elite primary attribute Mantra of Recall. Ritualists don't tend to get into e-management problems very often, but they might use heavier builds with this.

Rits don't get into e-management problems very often because they use e-management elites. Most non-elite e-management skills for rits is rather conditional, so this might enable the use of some not so common rit-elites. A.Saturnus 04:24, 13 August 2007 (CDT)

I was reading the ANet wiki before we got our own versions of this skill chart, and there was a talk about how a person named "Lisa" was the ...what did they call her, like a team mom of sorts for the dev team. She brings em all coffee, hint the name Energetic was Lee Sa.

That picture is SCARY! —ShadyGuy

Everyone else is all solemn and down, and then there's Lee Sa. 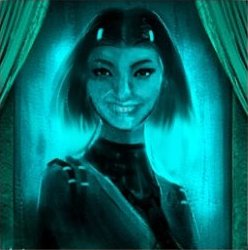 btw how do you get the high resolution picture of the skill?

Could someone make a table for what the maximum energy gain would be for this skill? I don't know how to make the tables, just how the numbers would work out. like at Spawning Power 0, you would get a maximum of 3.7+1 energy, and at 12 Spawning Power you would get 10.7+8 energy (rounded of course).

For those of us who use Attuned Was Songkai, would this be a better alternative? Thus leaving a spot open for a better healing elite (Spirit Light Wep, Preservation, Etc.).--75.189.71.19 12:55, 1 September 2007 (CDT) It's a better alternative for spamming cheap spells, where the energy gain from AwS is less useful. For example a Channeling build spamming this and E-strike can keep up a lot of energy. 13:22, 7 September 2007 (CDT)

Because it's an item spell it chops off 15 energy from my weapon. I thought you could cast it and start spamming spirits, but I found that with the spirits like Union, Shelter, & Displacement, you run out of Energy too quickly (especially if you cast Ritual Lord beforehand), even with the +2 regen. Also, I am using full radiant armor. I guess this is more for some of the low E skills in Channeling? (Renewing Surge comes to mind!) Anyone have any tips for me on usage? Clay85 22:46, 8 September 2007 (CDT)

I mostly like to use this whenever I don't have Attuned Was Songkai on the bar, like when I run Weapon of Remedy or such. Try using it with Soothing Memories and Renewing Memories...

It's all about timing. Don't use this when you're already low on energy but when you still have enough to go on casting even without the +15E. Empowerment helps too. A.Saturnus 19:06, 9 September 2007 (CDT)

I use this after i place my spirits, it recharges your energy quite quickly. If you switch to a weapon set with low energy before you activate this then, wait till your energy is at half then drop it. Your energy should go back to full or near full then switch back to your full energy set. Its a bit like an energy breeze and thats how i use it. Diablo The Punisher 13:01, 1 October 2007 (UTC)

I tend to use this when I play a weapon master. I can do wonders, both in GvG and RA. Most weapon spells aren't very high cost so you can still cast them after using this skill. This also allows to keep the elite slot open for spirit light weapon or WoR. Ryve 8:59, 29 January 2008 (GMT+1)

Picture IMO looks extremely evil .. maybe Abbaddons wife or something .. ? ? ? Would like to know opinions on this User:Experienced

How could she possibly be happily married to Abaddon? He's dead, after all. Although I suppose Kormir could have inherited his wife along with his knowledge and all that. Felix Omni 14:40, 14 December 2007 (UTC)

Okay, I will say, I was more than cynical about this skill before. But after actually using it in AB, it has shown me the light, and I absoluteley LOVE it. You can hide energy and run when someone tries to e-denial you, and then drop it to have your energy when safely away, you can use it whenever, just not when your energy is dead, and feel its effects. Also, on one side note, I noticed a peculiar thing about it. You don't actually have to drop it to get the +x...y energy. Makes it a great "cast and forget" energy management, as it cannot be stripped, so once you have it, you can do a happy dance.--A Child Of Midnight 17:26, 29 February 2008 (UTC)

Ive been using Protective was Koala on my nec lately, and the drop-effect also occurs when it expires. Are these just 2 exceptions to regularity, or is this with near-all Item Spells, rather than a few? ---