If it isn't, it should be. I used this to GREAT effect during the latest preview. It's bascially your energy management, along with the added bonus of being able to add it to target ally within shout range. Shido 00:06, 27 October 2006 (CDT)

Is it just me, or could you technically use this in conjunction with Watch Yourself at 0 Tactics for energy management? On a warrior, maybe? Kessel 10:01, 24 September 2006 (CDT)

Or have the paragon stick it on a monk and have the monk kite around the warrior (Valid in RA/TA) and the warrior spams Watch Yourself... Basically any shout as well

Yes, you could very well use this with watch yourself. Lately everyone's running 1 or 2 shouters with this in GvG. Question: how does this work with reapplying before a shout ends? like, I put WY back on before it expires: does the monk get the energy bonus or not?-Thomas 15:53, 20 November 2006 (CST)

En-oh no. When the skill says a shout has to end, it means that quite literally. Reapplication of a currently-active shout will not trigger the finale-type skills; the best way to time it is to watch your own effects monitor for WY!. Kessel 23:28, 22 November 2006 (CST)

They pulled out the fattest of nerf sticks to use on this skill. Pity, now Healer's Boon is mostly unusable. -Auron

Don't understand what is the purpose of this skill now, I have to use 10 shouts or chants just to get back the energy I spend on it. It would be so much better if they just lowered the enegy gain to 2 energy per a shout/chant, it couldn't be abuesd so much anymore and it would still be usefull skill.---Glass 11:09, 2 December 2006 (CST)

I agree. If five (5) shouts or chants have to end to get enough energy to cast Orison of Healing, this skill is officially useless. -Auron

You know what, I'm gonna have to agree with SigmA for once. And I usually make a habit of avoiding that. >.> --Armond Warblade 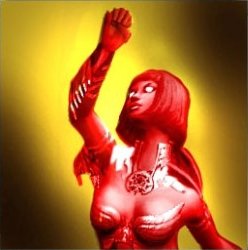 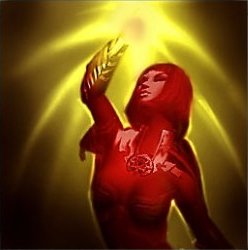 Well I decided to give this skill a go last night whilst helping some guildmates through Gate of Madness, and whilst I'll be the first to admit it needs a boost it isn't entirely useless.

With me pretty much continually using chants, "GftE!" whenever I had gained adrenaline, and a warrior keeping "Watch Yourself!" up (and only re-using it when it had run out) it provided about 10-11 energy every 20secs to the casters I had placed it on. So on the whole it was a net energy gain by the team, and as I had no energy concerns giving the monks and squishy damage-dealers some extra energy was no big deal. However I designed this build purely to get maximum benefit from the skill, after the spellcasters begging me for some help with their energy management, so I'd agree that this skill's use is a niche at best. RossMM 09:32, 4 May 2007 (CDT)

That would help with the "GftE!" spam, but I was mainly acting as a support healer so I felt Song of Restoration fitted better into that role. Plus if a caster isn't wanding then the faster charge of "GftE!" won't help, as if they have not attacked before it is reapplied it doesn't count as ending. Just to be clear I'm in no way saying my build was great or even that good, but it seems to me that in PvE at least Energizing Finale can have a use, albeit a limited one. RossMM 10:28, 4 May 2007 (CDT)