Removed the line decribing the creation of a focus in PvP as this is universal and applies to all PvP Equipment. Also, the PvP and PvE sections should be merged as the focus cores available for PvP are those from PvE. Just glancing at the article, it looks like this can be done simply by removing the PvP section. Anyone else? --Warwulf 16:06, 7 February 2007 (CST)

Looks like Focus Cores of Fortitude can be lower than first anticipated. Snorkasaurus 22:03, 22 December 2007 (UTC) 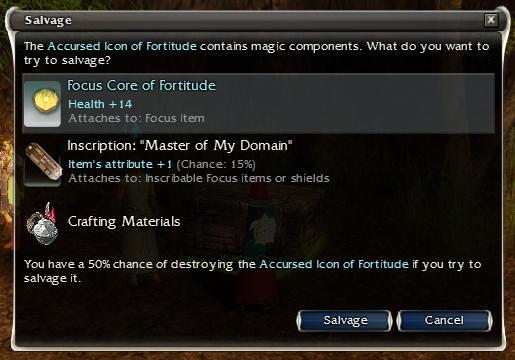 Focus cores of Valour and endurance are available for PVP, adding them in.