You just need Frigid armor to prevent the burning in his case, It may be a viable candidate for self running, can become a professional running build if added with a few other skills. ~ Zero rogue x 23:29, 3 October 2006 (CDT)

strange, when you cast this it does not remove the burning effect from you.--Coloneh RIP

Says can't be set on fire, not that it removes burning.

I know. i just thought it was weird.--Coloneh RIP

So what happens if you are burning, you use this, and then use cautery signet? Do you stop burning? My guess is you do. 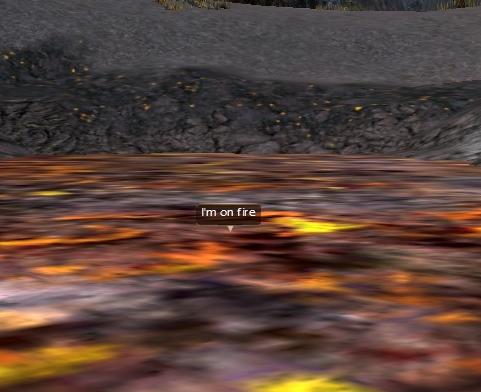 I wanted to get this skill for my monk and i havent done any of nightfall. so i did the old unlock trick where you unlock the skill in pvp then go buy at any skill trainer from the same campaign. i unlocked it and then when i went to kamadan or w/e its called it wasnt there. WTF? i did the trick to get SoA and it worked. is NF just gay liket aht??? i mean this really (in the words of peter griffin) grinds my gears Echo ftw 17:09, 17 April 2007 (CDT)

Log out, log back in, check to make sure you're an Elementalist secondary. That's all I can think of to ensure server sync. Also make sure you didn't unlock another skill by mistake. --Kale Ironfist 18:23, 17 April 2007 (CDT)

Happens a lot, logging back in will fix a multitude of problems.

Use with a Warrior[edit source]

It makes sense since the low energy cost and ability to maintain this indefinitely that this could be used to tank. escpecially if you are already using conjure frost. Cwift 16:14, 16 September 2007 (CDT)

If you must go W/E Conjures, then I guess that's better than Armor of Frost (physical only, you already have 100+ AL to that) and Armor of Mist (wars get many other speedbuff, not maintainable).

This also only gives armour against physical... --Curse You

I'm gonna remove this, generally AI rather likes getting as many buffs up as possible. One obvious example is fighting the Doppelganger with 7 spirits being skills 1-7 on your skillbar. This is just one reference to common and consistant behaviour, it's not unusual, so I see no need to mention it. -->Suicidal Tendencie