Where do you get this?

I also found one in Tahnnakai Temple from one of the bosses. It wasn't perfect though but it was gold. --pb1275n

Golden Phoenix Blades drop from Shiroken stuff. So it makes sense they would drop in Tahnnakai Temple, Unwaking Waters, Raisu Palance and afterwards.

I read somewhere, that these no longer drop, due to an update or something. Can anybody confirm if these are still dropped in-game? Thanks. Joseph (T/C) 08:00, 5 December 2006 (CST) 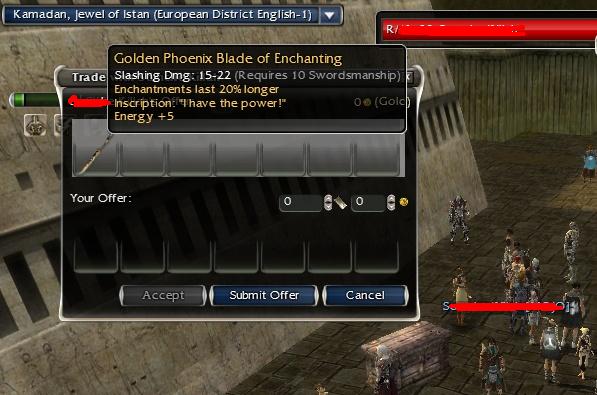 Do these come only as golds? The name of the weapon supports this, but what do you think? --Aozora

All weapons drop from the Zaishen Chest.

Those chests can drop almost anything thus we don't list em. ---