Can anyone else get them to drop Jade Brotherhood Garbs? I've killed at least 50 of them right outside The Marketplace in Wajjun Bazaar. --Smurf

Today when I was doing Eliminate the Jade Brotherhood, I saw a Jade brotherhood knight using a sword. It was a broadsword and he dropped it for me when I killed him. I was with henchies so I was trying to see if he used any skills. I saw him use Watch Yourself but never an attack skill. (He might have used one, but it was tough to not kill him with the henchies there, but his sword never flashed gold like when you are using a skill). I can post a screenie of him when I figure out how to. --GTPoompt 21:44, 28 August 2006 (CDT) 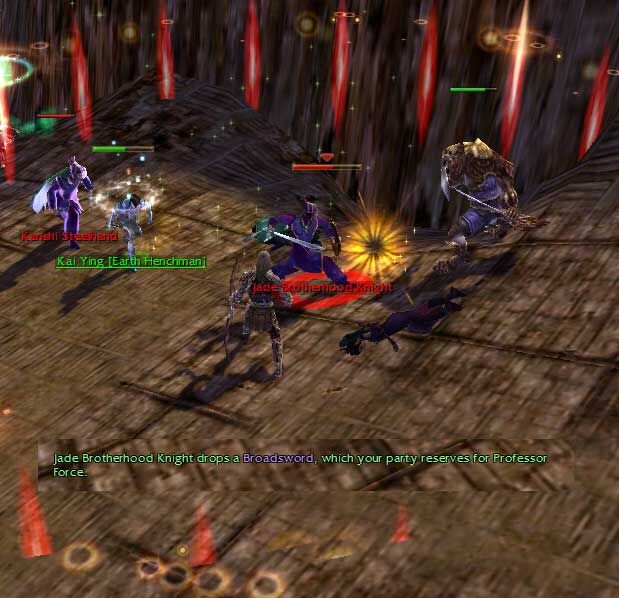 He's using a broadsword, I copied the part where he drops it from a later screenshot and put it in this one so I didn't have to upload 2 images. I'm Professor Force, so I didn't blank out the name. --GTPoompt 21:55, 28 August 2006 (CDT)

I think the sword guys use Final Thrust, but monsters generally reserve that skill when you're below 50% or if you're alone. Unconfirmed, though. Just something I *think* I remember seeing. ~Seef II

More research needs to be done on what skills the sword-wielding variety of the Jade Brotherhood Knights use. There already a comment in the "notes" section that there IS a sword version of this monster, but I think it should have some mention in the description. Later, when we get more info on the skills Sword Knights use, we can seperate the skill set accordingly Swordfish56 08:22, 27 February 2007 (CST) 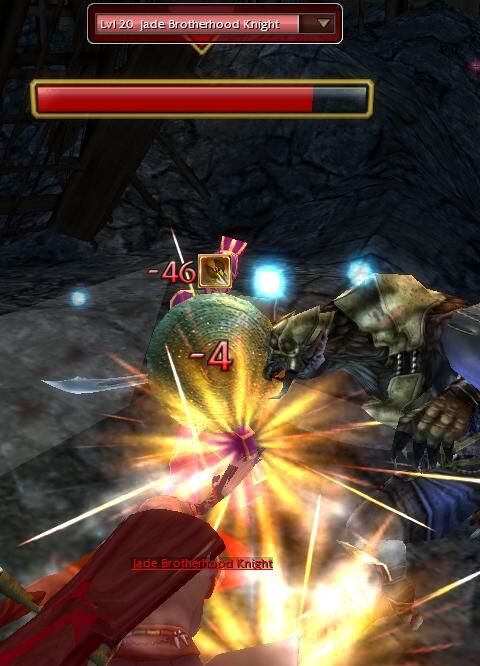 Ignore the Triple Chop damage icon, there was more than one and it just happened to pop up there...I can positively say that the Sword ones use no skills except "Watch Yourself!". /disagree with Final Thrust, they would have used it if they had the adrenaline - just like Desert Griffon they do not wait for you to drop below 50%. Also, this is not necessarily on purpose - it could be a bug. See Talk:Custodian Hulgar for example...Sword warrior who sometimes is wielding an Axe. He then deals minimal damage and can only use one skill, Warrior's Endurance. It is definitely an unintended bug, and I think the same thing is happening here.

I have been using the smite bond way to gain exp off of knights outside the marketplace, and it should be noted that the sword wielding knights deal SIGNIFICANTLY less damage. I'm guessing that they don't have any points in swordsmanship, as his axe buddies dealt 60-90 damage to me when he was struggling to hit in the high teens.71.159.157.69 00:39, 7 August 2007 (CDT) 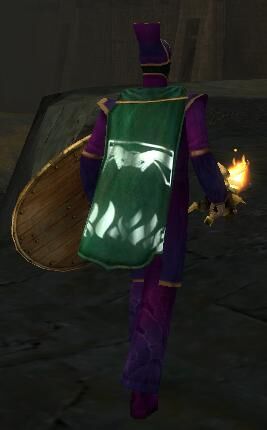 Rurik sure has a lot of overseas fans. First the Canthan Guards were copying him, and now the Jade Brotherhood. :p

It seems that most times, if they're wielding a sword, they're going to drop it. It's usually the sword or nothing at all. Captain Yimuru 23:23, 30 October 2007 (UTC) Captain Yimuru

Why no weapon drops?[edit source]

I added two weapons to the drop list, but someone removed what ive written - why? Platinum staff and wand.

The ward or aegis advice is not a very good advice. Those guys have Furious Axe which gives them adrenaline when their attack is blocked. So as soon as aegis or ward wears off, they could give the group serious pounding. Better choice would be AoE anti-melee conditions such Weakness and Blind. --208.120.169.109 04:13, 28 January 2008 (UTC)

Yeah, "Watch Yourself!" can be devastating if they all have it charged up at once.

-_-; Despite the sarcasm, OP, I think if you take another look at their skills, you can see why adrenaline doesn't particularly make them any more of a damage-dealing threat than usual. King Neoterikos 04:36, 28 January 2008 (UTC)

In Hard Mode they use a skill that removes Enchantments (please specify) This was originally posted to the article page by IP 71.229.82.39 at approximately 21:52 UTC on 8 Novemember 2009. Please sign your posts.

not possible: i farm use to them in HM using a 55...i think i would have noticed... —The preceding unsigned comment was added by Midgetchinese (contribs) 5:06UTC, 9 November 2009.