Furthermore, I'm pretty sure that the skill icon is Jaizhanju. The armor (Elite Canthan, not Wyvern, unlike what the article currently says) and hairstyle matches her appearance in Tahnnakai Temple. - Knux 04:28, 30 January 2008 (UTC) 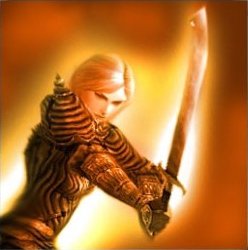