Maybe something about the name didn't translate well? Remember this is an international game and Anet is undoubtedly getting "politically correct" commentary from lots of different cultures. This would be my guess considering they changed the name almost immediately. -- Sabardeyn 15:38, 24 October 2007 (UTC)

Nah. Anything with "spawn" in its name is slightly clichéd. I really like Kveldulf, as it adds to the lore of the game.

It's not often that Anet actually makes a new enemy model (instead of using halfassed reskins)...wonderin why they only make a small appearance. I didn't even notice them till I went and vanquished the area =\ P A R A S I T I C 19:28, 2 May 2008 (UTC) 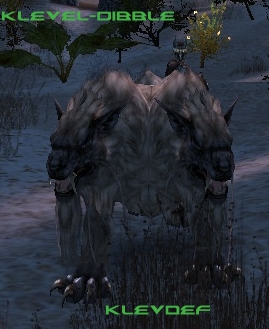