Is it just me, or do you guys this is is next to impossible for most players. I mean, you need to complete FACTIONS? On HARD??? It is too hard to begin with! Thoughts? 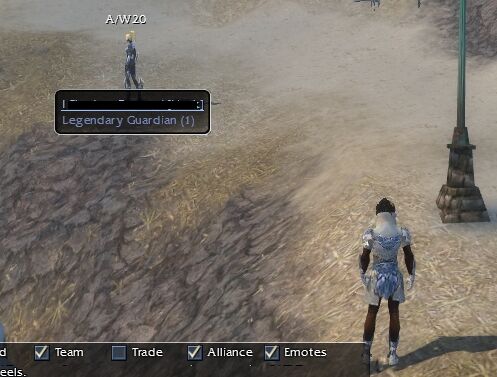 What exactly surprises you in Assassins being good in PvE? You have a problem with that? (chuckle ;]) — Poki#3

Death Blossom > PvE. The title isn't much harder to get than the protector counterpart, as long as you have a good guild - some of the missions are downright impossible with AI. — Skuld 09:49, 3 May 2007 (CDT)

I think so.. like Lengendary Cartographer and Legendary Skill Hunter.. — Corsaire

... into Legendary Protector (Normal Mode) and Legendary Guardian (Hard Mode). Would make just 1 more title. Its easy to get Protector title on all 3 continents but Guardian is a WHOLE different story. I mean, try to do Gyala Hatchery the normal way in Hard Mode. It just isn't possible unless u go with 8 monks, 4 of which are bonders and the rest are Healers Boon monks, then perhaps u will survive until the end. --Arthas 00:38, 19 October 2007 (UTC)

Did Cantha HM in 4 hours, every mission with a friend. We were both playing death blossom assassins with the sabway necro heroes. Even Gyala Hatchery (The proper way) with this setup was a joke.