I heard that the life stolen is from the damage already dealt. That is, a life stealing upgrade does not deal any extra damage. Can anyone confirm this? The article is in direct contrast to this. --Hewus 21:52, 26 October 2005 (EST)

Life stealing appears as a separate damage so I would guess that it is on top of the normal damage - like the Orders. Shandy 04:49, 9 December 2005 (UTC)

Vampiric doesn't do additional damage (unless it's changed recently). Someone from gwonline did a test a long time ago and found that vampiric just subtracts 5 damage from the total and displays it as a seperate number. Also, think of it from a balance perspective: +5 damage completely makes mods like sundering useless. And on top of that it heals? No way. I haven't changed this article, because I can't find the aforementioned test anywhere, but I suggest someone look into it.

I dunno. It's damage that can't be buffed or modified, like the way a Fiery or Shocking weapon can with the Conjure spells, or some of the spirits. Having it move an extra 5 hp (considering it's got the -1 degen) doesn't seem out of line. --Nunix 02:02, 3 January 2006 (UTC)

The major benefit seems to be the increase in the health (life) of the wielder of the weapon. A 5/-1 vampiric bow in conjunction with the ranger elite skill "Barrage" results in +30 Health when firing into a crowd of enemies. PhilB 14:31 19 Feb 2006.

Someone has done a test, 10 trials of Sundering and 10 trials of Vampiric, killing lv60 armor in Isle of the Nameless, and Vampiric consistently killed faster. Now, I'm not advocating that Vampiric is always better or what, but that particular test, if the numbers are accurate, shows that Vampiric at least deals more than just the regular amount of damage, since Sundering definitely deals more damage than a plain weapon. Whether the testing was sufficiently extensive or the numbers accurate is a whole debatable issue, but just want to throw that out there. -PanSola 02:46, 20 February 2006 (CST)

Take a vampiric weapon, don't put any points in the weapon attribute, and attack the 100 AL armor on the training isle. You can do less damage than the "steal" from your vampiric, yet will still gain the full "steal" amount. If you take a melee weapon and use wild blow, you'll see that the damage from a vampiric and non-vampiric (with all other things equal) is the same. You can also note that the damage dealer doesn't see two numbers for damage with a vampiric weapon, unlike the steal from order of the vampire which does show two different damage numbers. --Fyren 13:03, 20 February 2006 (CST)

Hmm, now we need a PvP test environment to see whether damage dealt by the attacker using wildblow equals the damage taken by the target w/o adding the steal, or after adding the steal. Ie, it is possible that the target take x damage and lose y additional health due to stealing, but all the attacker ever see is the x damage? Afterall, lifestealing isn't damage...-PanSola 13:38, 20 February 2006 (CST)

Easiest way I can think of: take two warriors with equal attack stats, stuff like Wild Blow, and two equivalent-except-the-vampiric-thing swords. Go into the Isle of the Nameless. Beat on some practice targets. ;) --130.58 14:29, 20 February 2006 (CST)

I have proven that the life stealing IS in fact added to the damage, not subtracted. Testing environment: one warrior with 16 Hammer Mastery, 13 Strength, a vampiric (life stealing: 5) hammer and a non-vampiric hammer, both maximum damage 35, damage+15% while enchanted (which was not in effect, so no extra damage there), and customized for +20% damage. Practice targets on the Isle of the Nameless have 480 health (easily provable: take an elementalist with 16 fire and 10 water, Flare will hit for 48, and Shard Storm will hit for 47; hit 10 times with flare, then hit another 9 times with flare and once with Shad Storm). Wild Blow deals 78 damage to the 60-armor target. In six Wild Blow hits, the target will have taken 468 damage--not enough to kill it. However, with the vampiric hammer, the target will die in six hits. Of course, with a 5-second recharge and a 1.75 second swing time, natural regeneration will trigger briefly between swings, but the target still dies in six hits with the vampiric hammer. Tested many times. --Herbal Tea 05:36, 28 March 2006 (CST)

Does Soul Feast really count as life stealing??? I also find the "enemy suffer degen, you suffer same amount of regen" questionable as to whether they should be counted as life stealing. -PanSola 06:20, 21 April 2006 (CDT)

Agreed - Degen/Regen effects are not life stealing. Another question - Grenth's Balance doesn't deal damage, but reads "If target foe has more health than you, you gain half the difference (up to your maximum health), and that foe loses an equal amount." - that's a life steal, isn't it?--Epinephrine 08:53, 21 April 2006 (CDT)

GB is currently an anomalous skill (see also: User talk:68.41.210.198), but if it did exactly what its desc says, it probably should be classified as a life stealing skill. Certainly it is unaffected by Protective Spirit, which is my rule of thumb for deciding whether something is life stealing or not. — Stabber 09:00, 21 April 2006 (CDT)

I would say effectively Grenth's Balance has no observable difference from life stealing skills. However chapter 5 might come up with soemthing that specifically relates to life stealing, and Grenth's Balance might not be affected by it due to how it is worded. -PanSola 09:05, 21 April 2006 (CDT)

Life stealing is not a keyphrase used in the game for skills. Only for vampiric weapons. Thus, this article is already not canon. — Stabber 09:07, 21 April 2006 (CDT)

"steal x health" does occure, so it is not inconceivable to have the game use "life stealing" or "health stealing" as a keyphrase. Grenth's Balance does not use the wording "steal x health", while there are many other skills that do (and the wiki currently consider all those other skills as life stealing skills). Whether the naming of this article makes it non-canon is IMHO a side issue. We can separate "Health stealing" skills from vampiric mods and continue the discussion of whether Grenth's Balance should be considered the same as other skills that "steals x health". -PanSola 09:35, 21 April 2006 (CDT)

As far as I was aware, Grenth's Balance odes exactly what it says, it balances out the life from the caster, and the target. If the caster has less life, then they are healed, if not, then they are damaged. It's not possible to kill someone with it, but it certainly is consistant. - Patch of Celestia 13:34, 12 December 2006 (CST)

According to the article history Grenth's Balance has always caused health gain and loss rather than direct life stealing. -- Gordon Ecker 23:50, 3 February 2007 (CST)

There is no difference between equivalent gain/loss and life stealing. --Fyren 23:52, 3 February 2007 (CST)

It's a moot point right now, but they may add skills that specifically affect or trigger on life stealing at some point in the future, or make health gain count as healing in a future update. -- Gordon Ecker 01:49, 9 February 2007 (CST)

I was watching the final Wintersday competion in observer mode, and I saw something called Life Stealing pop up on the left side along with the attack skills. Any body know what this is? 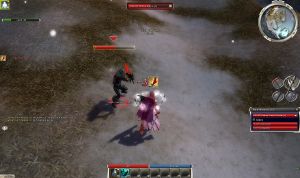 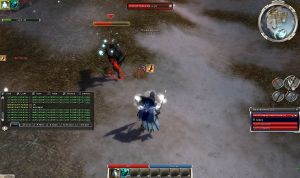 I have just confirmed that life drain (the new vamp mods) are in fact NOT life stealing I will have screen shots soon.

I don't know how to make them smaller someone please take care of that for me. —The preceding unsigned comment was added by Gene195 (contribs) .