I Will Survive's usage in Conjunction with Martyr

Is it really a good idea to suggest using "I Will Survive" with Martyr. Considering that it can only be used on one's self, it is encouraging W/Mo's to use it. This is innefective because there is a high probability of contracting blind, weakness, or cripple, all of which are clearly detremental to warriors. Otherwise it might encourage worse Mo/W's to use I will surive, which without strength is even less useful. --Cy 11:05, 31 December 2006 (CST) 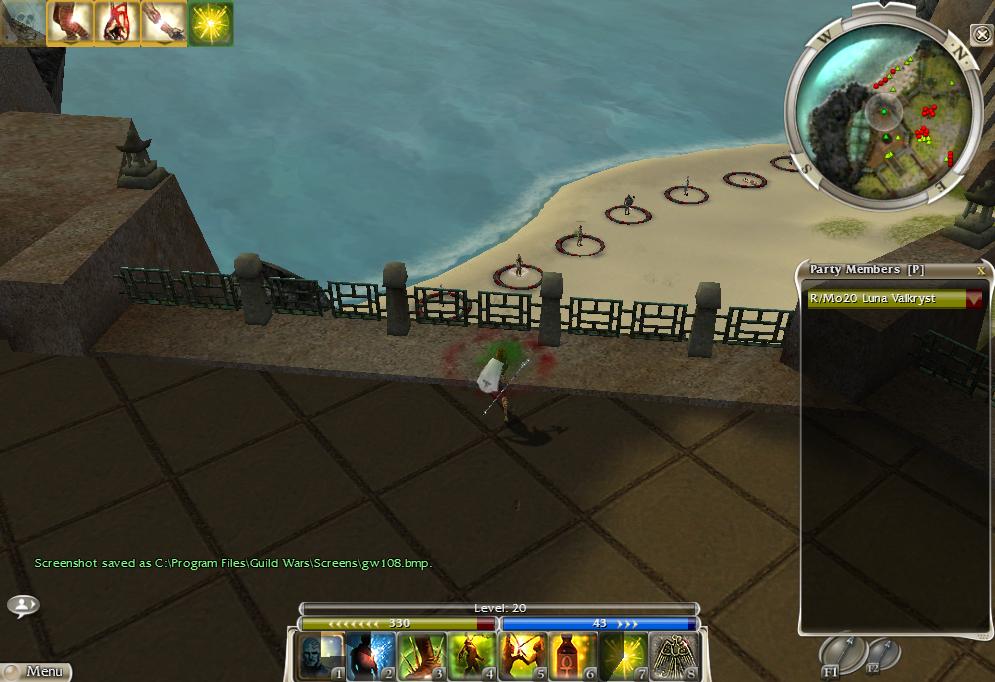 i think he's proving you can steal conditions from all allies, and not just party members. --Honorable Sarah

I removed a note saying Martyr + I Will Survive + Purge Conditions would give you regen, because it doesnt, you only get the regen for conditions actively on you. If you get a new condition AFTER you activate this skill, it will give you 3 more regen. Mwpeck 13:09, 10 October 2006 (CDT) 14:07, October 10 2006 (EST)

I removed the note calling this "A great way to counter "Victory is Mine!" users." as ViM is now targeted, it will actually gain a greater benefit by using it on the Martyr if the Martyr picked up conditions that were not shared by all members. --Demonic Peaches

This page seems to have a ton of notes that are somewhat related to the skill, but are a subject in of themsevles. LoyalSoldier 03:11, 5 January 2007 (CST)

I am not quite sure if this works or not because i never tried it out before or what the skill is actually called (or if it is an elite as well) While looking on my newbie necro I saw a skill that sent ALL(I think) conditions on you to target foe(not sure if touched or not). The question is could you use this elite in conjunction with that skill? If that skill is actually an elite as well(and if it even exists) there is always the skill under no att that sends one condition to touched foe.Angelus The Wise 00:22, 15 April 2007 (CDT)

Any smart monk wouldn't use Martyr while hexed with this unless they can absolutetly afford it. Even with lots of fast casting, it's near impossible to time fragility to go right before martyr. I guess you could spam it and hope for the best. 67.162.10.70 17:16, 2 May 2007 (CDT)

I'm pretty sure it is only Radar range, not Map range. -User:PanSola (talk to the

I just tested this with an alliance mate in Isle of Nameless, it will work on allies while their name is clickable. Longer than radar range, but you can click on them, I don't know what they consider that. And I tested this with Signet of Agony, not the NPC's. Nilator 15:17, 21 June 2007 (CDT)

No... it spreads the conditions on the foe to everything near it, not conditions on you. Otherwise this would completely trump Plague Sending and Plague Signet --Gimmethegepgun 11:09, 31 August 2007 (CDT)
Can't use Plague Signet with Martyr anyway, they're both elite. Unless you use Arcane Mimicary (sp?). ~Griffin

Well, i can see how Epidemic on recently martyred enemy monk might be fun. but really, i think the whole idea of taking the conditions w/ this skill and giving them to enemies is kind of a stretch. N Segick 23:50, 23 February 2008 (UTC)

You can't do Epidemic, Martyr, and Plague Sending. Three professions. An N/Me with Plague Signet, Arcane Mimicry, and a partner monk with Martyr could pull it off, but who in their right mind would bother? You're wasting one monk's elite on Martyr and 3/8 of the necro's skill bar on something that only works for 20 seconds--almost 2 uses of Martyr (factoring cast time)-- and does a minimal effect. --NYC Elite 21:48, 19 May 2008 (UTC)

Didn't see a note about this combining well on a MM with Infuse Condition - which I think is the best use for this skill in PvE, also works great on a hero especially cuz it combines well with the profession combination N/Mo 213.93.31.218 19:05, 10 April 2008 (UTC)

This would probably work really well with the Ranger Antidote Signet. Combined it should pull all conditions to you then remove most, if not all from you.

If you are going to bother to use Martyr at all anymore, then yes. It's simply outdated.

I think this is a great combo. especially in pvp when foes carry conditions such as blind and dazed.

Afaik, with Caut, you lose all conditions (except burning..), too. Anyways, I'd keep it specific to transfer from allies. But hey, that's just me. ---

It's actually not party-wide.