If not for the whole arms turned into branches thing. Wardens have horns, not tree limbs. It could be the origin of Urgoz. --Karlos 18:23, 3 October 2006 (CDT)

Actually it says branches grew out of their limbs. Their horns do look like a combination of antlers and thorny vines, and they do have thorns or branch sprouts growing from their arms and backs. I suspect that the passage describes the origigin of the druids (we don't know what they looked like before they shed their physical forms), but Urgoz and the Wardens were probably inspired by this. I'd like to put in a note that says that the passage might describe the origin of the Druids or the Wardens, but I'm not adding anything someone else thinks there's enough similarities. -- Gordon Ecker 03:31, 21 October 2006 (CDT)

They're not "natural" --FireFox

The Wardens could simply be druids that moved to Cantha, meaning this is the orgin story for both groups.--TheDrifter 23:09, 19 January 2007 (CST)

Would not one note that the druids are dedicated disciples of Melandru, whereas the tribe in the story destroyed the land fervently? I do not know enough about the Wardens to talk on them, but I doubt that a tribe melandru cursed would be very willing to also give up their bodies and pledge an eternal allegiance to her. Earthbrain 13:40, 20 October 2007 (UTC) 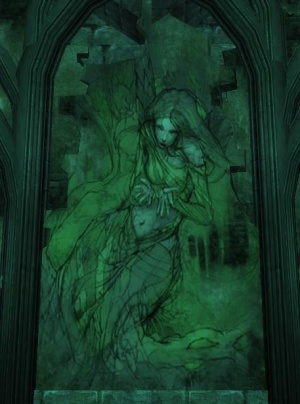 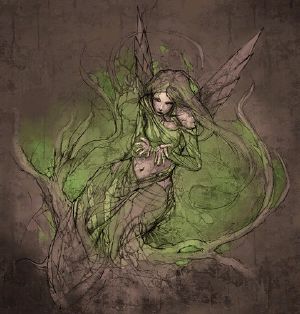 should it be mentioned that the grawl may worship melandru? - see the page on grawl religion.