Okay seriously, that just pisses me off. These pictures aren't correct. I bought the 15k version of this (Virtuoso's) and when I saw that the 1.5k leggings were fishnet on here, I figured I'd go buy them since I like how they look a lot more than the 15k version. You know, a lot of people use wiki as a reference and when you upload the wrong pictures, that just ruins it for us. I spent money on what I thought would be fishnet looking armor. What a total effing bummer, it looks exactly the same (unless ANet changed the way it looked recently). I dont know how to go about fixing those pictures unless you just take them down but I'm not going to be the one to do it. :/ Just thought I'd point it out. Picture is on the side as proof - click to enlarge. --Rei 03:03, 10 December 2006 (CST)

Some of the leggings were changed in recent patches.

Could you please take a picture of your leggings and update/upload the picture then? — Stylva (talk)(contribs) 05:24, 10 December 2006 (CST)

Eh? All I had were the leggings which I trashed afterwards since I already had the 15k version which pretty much looked identical. I suppose I could buy the Performers set for cheap from LA when I get the money to do so and fix the pictures then but I don't know how long that's going to take. I'm not made of money and silk, you know :P Just cloth. --Rei 18:08, 10 December 2006 (CST) 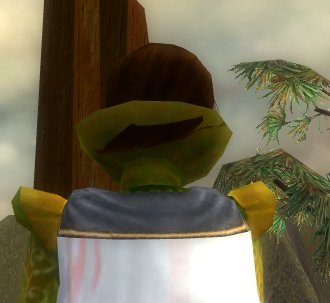