why does someone slap a tag on and doesnt bother to leave a comment about WHAT is possibly inaccurate? I read the article and nothing is untrue... I'm removing that tag and if someone spots something that may not be true, you can revert but at least have the decency to comment so people know what to look for...

Template:Update allows the person to specify why the page needs to be updated. But in this case the person didn't say why. I'll bug User:Nex about it now! --Xasxas256 21:21, 3 January 2007 (CST)

It seems that every time my party gets an invite and is accepted, my bar glitches. It sometimes goes small, sometimes goes off screen on compass, and sometimes gets bigger. Is it supposed to do that?~ plus if I get too much invites, it would spam up bar and I can't accept nor decline. 69.182.193.107

This just happened to me:

Why is this article named party list if the list is called party formation? --Hopefulaltruist 18:11, 23 August 2007 (CDT)

Perhaps because it's a list, and called Party Formation in town and Party Members in explorable areas and we had to choose a common name?? — Corsaire

The August 23, 2007 update to the party panel really annoyed me. I hate having to re-size my party panel when I am in an explorable area whenever new allies are added. Even when entering into an explorable area with a larger or smaller party than a previous area, the party panel always needs to be resized to accommodate the new party size. I know it's not the worst thing in the world to have happen, but it is annoying none the less. I think that the manual re-size should either be removed (again) or have an option in the interface tab to have it automatically re-size itself to display all party members and allies when in an explorable area. Wloczewski 19:14, 23 August 2007 (CDT)Wloczewski

Here is my 'proof'.. feel free to move/improve it.. 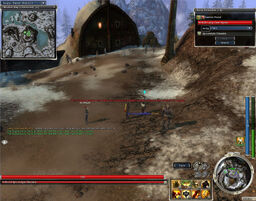 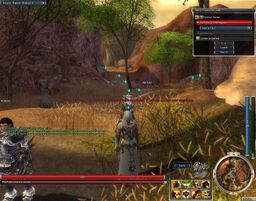