Location seems to random, here's where I found him: 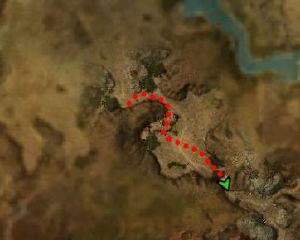 Lord of the Rings reference[edit source]

Actually, that one could quite possibly be valid. Shelob was quite ravenous...

Oh ye of little faith... the connection here would be Shelob's desire to consume all the light in the world, a desire inherited from her ancestor, who devoured the light of the Two Trees. Doesn't get much more ravenous than that, I'd think. I'm not normally a refmonger, but I can't help it when Tolkien lore is involved. Oh, and Shelob wasn't a spider either, strictly speaking.

Omni teach me your ways! ~Rask

Methinks it's a reference to Shelby, but that's just me.