Has anyone tried to talk to Zehtuka while having all of the items that are supposedly his scattered across Nightfall?

Has Zehtuka been removed from Jahai Bluffs? And, if so, does that mean you can't do the quest anymore? Update if necessary. Thanks. Leina 20:29, 5 April 2007 (CDT)

I am late posting, but I checked on April 5 and Zehtuka was still there. Again on April 8, 9, 10...still there. I do not know if he was only removed for certain people but he never disappeared for me. Screenshot does not have a date so it does not actually prove anything...but I guess I should upload one anyways... 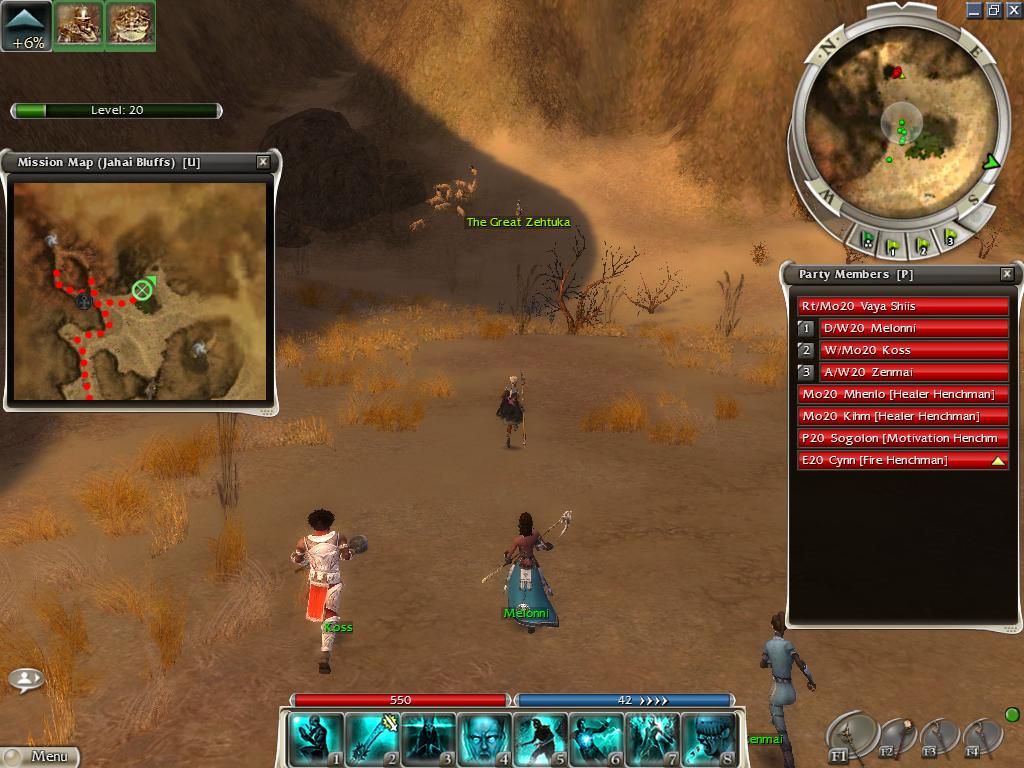 And the lion/lionesses are still there too! I propose amending the "GuildWiki Notes" for that update and removing the line about Zehtuka being removed (pun!) since it is clearly not true, at least not for everyone.

lol shit build on rt there

He reminds me of that silly level 2 ranger in the FoW. What is it about ranger humans and their superiority complexes? Honestly... It blows my mind seeing this idiot level 2 hunting shard wolves in the FoW and Zehtuka in the RoT...

Hmh, well to be honest I have to agree. But then again, it's not about rangers - it's a pretty common stereotype. Not just in games either. "The Overconfident Hunter" is something you can find in many forms of art and literature. Nimros and Zeh are the GW equivalents. Entropy 02:27, 31 December 2006 (CST)

Lol 10 year old logic at it's finest. Completely unrelated and innacurate in any hidden message it may contain.

His comment in the Tihark Orchard mission reminds me of Rabban's desire to have a trophy worm, only to have it disintegrate when it died.

Based on his character and personality, I'm more inclined to think he just didn't expect a Wurm to be so... big. And promptly dropped all his stuff and ran. --

Yeh, and the only clear fact is that he is still alive as we see him later in Nightfallen Jahai. Which is why i am confused as to why everyone thinks he is dead.--Chronicinability 00:20, 8 March 2007 (CST)

Hmm, you do? If you know exactly where he shows up, and it's still him (and not "The Undead Zehtuka"), that's not mentioned on the article page's list of Locations. Perhaps you could add that in. :D --

OK...so i didnt sleep...here are the screenie's as proof! Now people can know that the wurms Didn't kill him! xP

Why is Zenos linked here? I see no connection apart from the vaguely similar flawed character trait. -- Karalin

Just found him in his usual Jahai Bluffs spot (with the lions) while running around mapping with a Tyrian character.

Haven't taken the quest yet, because I plan to snag one of his scary lions as a pet. ^-^

Will provide screen shot, if needed.

I don't know if any of you found this, but if you take Zehtuka's drink during the Tihark Orchard Mission, he will turn hostile and attack random NPCs. Here's a shot of what happens right when you take his drink. 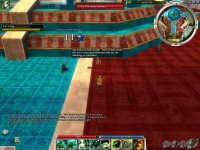 I hope I am not the only one that noticed this resemblance. It was actually Zehtuka's behavior that made me think of Nehdukah, and then I noticed the physical resemblance and the similar personality. --Alphastream 17:30, 8 May 2007 (CDT)

Similar backstory as well. He speaks of "Exploits in the south of Cantha". Nehdukah's story is based around events in the Echovald. --Valentein 21:59, 10 May 2007 (CDT)

They are quite clearly not the same person. just because they have similar names, doesn't mean that they have any relation to one another. Are Adept Kai and Professor Gai related? Obviously not. The people in charge of naming just happened to use two names that have similar sounds. Really, when you have to come up with names for 300+ NPCs, you're going to start using names with similar sounds. --Curse You 01:55, 24 May 2007 (CDT)

it's not just the name. read the whole thing its about the character.

coincidence in the name, I think not. goig by the character you might think he is not very crative so the names are similar. I think he never went after the wurm, but instead followed the player to the torment, how else would he know about all the things you have done if he was not stalking you? he could not have been told, as then someone would alrdy know the truth.

also, the great zehtuka claimed he defeated the apocowotsit, which means he knows about your actions on istan, where the tamer is located.