When I fought them, they did not stop following us (while we were in aggro range) till we all died. If someone experiences this otherwise, pleae delete the tip. --Xeeron 19:16, 22 Sep 2005 (EST)

Did the quest again with my warrior, it definitly still works. They can stop following you, but with waiting a bit for them every few seconds, its easy to get them to the rez shrine. On the screenshot, I am standing a bit in front of the rez shrine, the bosses spawn position is to the right hand side, where they are turned to. They are not moving, nor attacking anymore. --Xeeron 08:02, 29 Sep 2005 (EST) 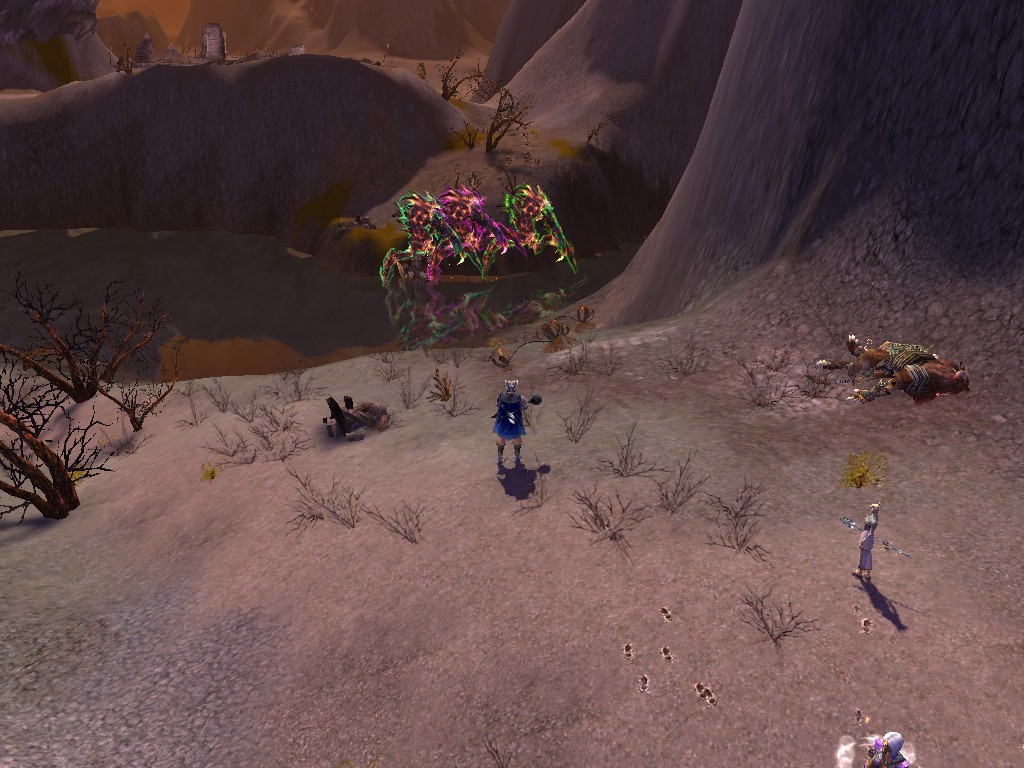 I was able to do this relatively easily compared to the prerequisites. There is no stress to keep anyone alive, even though nobody in the group died (I don't believe). If you know how to avoid aggro and pull this should be a cinch--Life Infusion 14:40, 19 April 2006 (CDT)

So in the spirit of GW:1RV I've got to poll the audience. I know it used to be true that you could start a party at Yak's Bend with 6 party members, stop off at Grendich Courthouse, and continue on with 6 people so long as no one left the group. I happen to believe that this changed at some point and it seems User:Parabellum does as well, while anon believes otherwise.

Anyone else have experience with this? My latest was about a month ago, so more recent would be better. --Zampani 19:59, 4 September 2006 (CDT)

Party does split at Grendich, leave from Yak's with warrior carrying sprint instead of a resurrection spell.
Technique listed above still works great!--Mippuuninja 03:49, 4 October 2006 (CDT)

I just have to express my humongous dissapointment on the reward for this quest. At this point you already have like 700-800k xp so what the heck are you supposed to do with 50k more?
Why not a title, or a weapon? or even 10k gold would have been better...
(Soulflame 07:18, 6 April 2007 (CDT))

If you were roleplaying (as you should, it's a roleplaying character!), you'd be very happy, knowing that you've just finished the threat in Tyria, and can now go somewhere happy and live on vacation. Like scenic Cantha... or Elona... (dun dun dun!).--Kale Ironfist 07:26, 6 April 2007 (CDT)

It is good to get your Heroes to level 20